Almost four years into their game-changing alliance, VMware and Amazon Web Services Wednesday said they now consider each other to be “preferred” partners, a relationship status upgrade that aims to boost adoption of their joint hybrid cloud solution, which is rapidly gaining traction in the channel.

What that effectively boils down to is that VMware will promote AWS as the public cloud to consider first for vSphere deployments, and AWS will reciprocate by telling customers it favors VMware Cloud on AWS as a vSphere service hosted on its platform.

The move comes as channel partners see sales of the cloud offering ramp up.

“We’re seeing several-times larger customer interest than we were just a year ago,” said Mark Vaughn, engineering director for integrated solutions at Presido, a solution provider that has been investing in its VMware Cloud on Amazon practice and consolidating expertise throughout the company to meet growing customer demand.

While the implications of a “preferred” partnership are often vague, in this case the mutually conferred status will affect many customer-facing operations, from how the companies market the joint offering to how they deliver professional services, Olinger said.

VMware will even tell customers that AWS is the cloud it prefers for its own internal product development efforts, she said.

The updated MCA comes as the once bitter rivals see strong growth in customer and partner adoption of their joint offering—and are getting a clear sense of the use cases driving it.

VMware Cloud on AWS, often referred to as VMC, has notched 250 percent year-over-year expansion in the total number of hosts deployed, and 350 percent in total VMs. There are now more than 300 validated third-party solutions, with a large ecosystem building IP that enhances the value proposition for customers after they migrate, Olinger said.

On the channel side, over 540 partners of all different stripes have obtained VMC certifications, with a large number achieving Master Services Competency.

Those partners bringing VMC to market are now benefitting from three years of seeing the specific business challenges customers look to solve with the joint service.

Almost 50 percent of customers are using VMware Cloud on AWS to migrate either specific applications or entire data centers into the public cloud, Olinger said.

Disaster recovery has emerged as the second leading use case. And, largely due to the Covid-19 crisis, deployment of digital workspaces that enable employees to work from home is an increasingly prominent driver of VMC adoption.

“Those are the sweet spots,” said Jon Palmer, solutions engineering manager at SHI International, a large VMware and AWS partner based in Somerset, New Jersey.

The global systems integrator is seeing the joint service gain traction across all segments of its customer base, Palmer said.

“It’s a very compelling solution to existing VMware shops that have a cloud mandate,” he told CRN.

VMC appeals to customers looking at data center evacuations and disaster recovery because it provides familiar infrastructure—a critical attribute enabling operational consistency with how they were managing infrastructure before their migration, while introducing new cloud-native capabilities.

Last year, SHI deployed VMC for more than 60 customers, most of which were looking to get out of their data centers or implement comprehensive disaster recovery plans. Then the surge in demand for hosting digital workspaces “definitely crept up” on the company “once Covid hit.”

A couple years ago, RoundTower was among the first partners to take a customer into a full production VMC environment. Back then, however, there was still much skepticism in the market of the AWS-VMware alliance, Andre Wu, RoundTower’s vice president of solutions and services, told CRN.

But in the last 18 months, the Cincinnati-based VMware partner has seen enterprises flock to the solution as an accelerated way to safely shut down their data centers while minimizing the need to immediately refactor applications.

Disaster recovery is more of a volume play, and a lucrative one given how many organizations still don’t have good systems in place for backing up critical data. VMC gives them a cost-effective solution for ensuring business continuity without needing to absorb new skills, Wu said.

Presidio’s Vaughn said the surge the company is seeing in VMC sales has increased across the board in the last few months.

The coronavirus crisis has encouraged customers to rethink their disaster recovery strategies—and seek to implement them in a way that relies on fewer onsite technicians.

The pandemic is also motivating Presidio customers to consider how rapidly they can scale existing applications, as well as deploy entirely new solutions.

“If I have a decade of investment in VMware, know it well, having to learn something new slows me down,” Vaughn said. “If I can move to the cloud without learning something new, that’s a very short path to the cloud.”

After the launch of the service in 2017, organizations were kicking the tires, maybe using VMC for their development and testing environments, or augmenting their disaster recovery infrastructure, he said.

That’s especially true for customers in regulated industries, like health care and financial services, largely thanks to an ecosystem that has been nurtured by the AWS Marketplace that provides more third-party security and compliance solutions that can be added to the mix, he said. 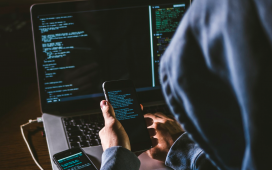 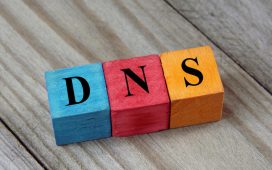 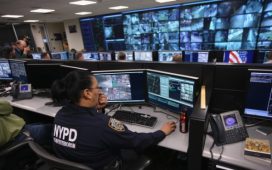 In the Drive to Curb Police Abuses, Rein in Their Tech Too – Just Security 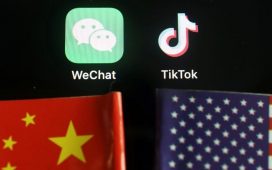 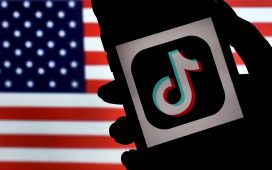 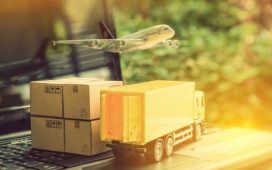 Why Supply Chain Security Relies On A Holistic View – pymnts.com