WE have two exclusively reader voted awards that we want you to tell us who should win. Nominate your favourite cars in this year’s Sun Motor Awards and you could win the ultimate Silverstone 2021 Season Ticket.

One lucky reader will win tickets for 2 people to several Silverstone events plus some added extras.

Vote below for your chance to win by clicking on the relevant image.

The winner will win 2 x tickets to the following events.

Participation in the Promotion

b.    Two general admission tickets to the 2021 British Moto GP,

Winner and guest are responsible for travel to and from the shows/events at their own expense. Promoter reserves the right to substitute tickets for a different show/event and date without notice if ticket(s) to the advertised show/event become unavailable for any reason and/or at its sole discretion.

9.           Prizes are as stated and are non-exchangeable and non-transferable.  There is no cash or other alternative to the prize in whole or in part.

10.        The winner is responsible for paying all associated costs that are not specifically stated in any Promotional materials or these Terms and Conditions, including (where applicable) transport, accommodation, meal costs, spending money, insurance and all other incidentals.  Winners are also personally responsible for any personal or incidental expenses and any VAT, national and/or local tax liabilities incurred in claiming or using the prize. If the winner’s companion is a minor, the minor must be accompanied by his or her parent or legal guardian (at their own expense) if they are not the winner.  By participating in the Promotion, participants agree that the prize is awarded on an “as is” basis, and that neither the Promoter nor any of its subsidiary or affiliated companies, make any representations or warranties of any nature with respect to the prize.

Winner Announcement and claiming of prize

18.        The Promoter’s decision is final and binding on the entrants. No correspondence will be entered into.

19.        If participants do not provide any of the mandatory information requested when participating in the Promotion, their entry will be void. 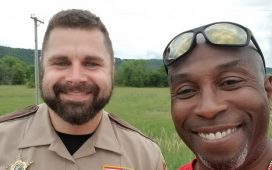 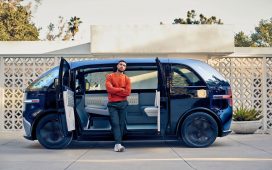