Voyager Digital (VOYGVF) is the latest casualty from the Terra and LUNA cryptocurrency collapse. Voyager filed for Chapter 11 bankruptcy late Tuesday. The crypto broker, which has been suffering from the default and liquidation of Three Arrows Capital, suspended all activity on its platform last week. The Toronto Stock Exchange halted trading of the stock following the Voyager bankruptcy announcement. The exchange is expediting a review to potentially delist Voyager’s shares.


In its bankruptcy filing, Voyager reported it has over $110 million of cash and owned crypto assets on hand. It has about $1.3 billion of digital assets on its platform. Those assets include more than $650 million in claims against crypto hedge fund Three Arrows Capital (3AC).

Last week, A British Virgin Islands court ordered Singapore-based 3AC to liquidate following its default on Bitcoin loans. 3AC was unable to make payments on its 15,250 BTC, as well as the $350 million USDC it had borrowed from Voyager. On Friday, 3AC filed for Chapter 15 bankruptcy in the Southern District of New York. Chapter 15 allows the hedge fund to attempt to protect some of its assets from creditors.

Voyager’s Chapter 11 approach allows the broker to reorganize while continuing operations. Its current plan is to give customers a combination of proceeds from the 3AC recovery, common shares of the reorganized company and Voyager tokens. Court approval is pending for this effort to return at least some value to stakeholders.

Customers holding U.S. dollars in their accounts will get access to their funds once Metropolitan Commercial Bank completes its reconciliation and fraud prevention process.

Voyager will file customary “first day” motions that would allow it to maintain operations, pay employees and continue primary benefits.

On June 22, Voyager signed a deal for a $500 million credit facility from Alameda Research. Alameda is led by CEO Sam Bankman-Fried, who also runs the cryptocurrency exchange FTX. Voyager’s bankruptcy filing lists $75 million of unsecured credit to Alameda Research and nearly $100,000 to Google. The company declined to name other firms it owes money.

Voyager isn’t the only crypto lender in a crunch. Last week, FTX signed a deal to bail out BlockFi. The agreement includes an option to buy BlockFi at a maximum price of $240 million, based on performance triggers, BlockFi CEO Zac Price said in a tweet. FTX US will also provide a $400 million revolving credit facility to the digital asset lender.

Crypto lending exchange Celcius is also feeling the heat. The company was pursuing a lifeline from FTX, but it fell through because of the $2 billion hole in its balance sheet. On June 12, Celcius froze withdraws and transfers on its platform, locking the funds for its 1.7 million users. The company says it’s exploring strategic transactions and restructuring liabilities to preserve its assets, which were around $12 billion under management as of May.

The Best Bitcoin Stocks And Crypto Plays To Watch? None Currently 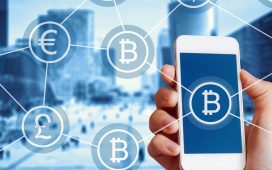 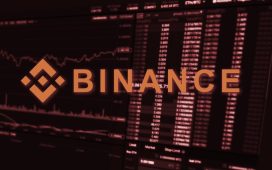 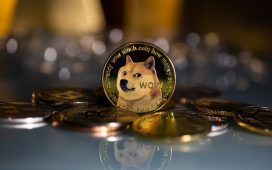 Dogecoin Perks Up To CPI Data But Lacks Celebrity Praise: What's Up With The Crypto? – Benzinga