An own-brand champagne from Waitrose has been named the best-value Christmas bubbly after experts said it tasted almost as good as the established brands Piper-Heidsieck and Veuve Clicquot.

The supermarket’s fizz, which sells for £20 a bottle, scooped one of the Which? three “Best Buys” this year, after a panel tasted 17 branded and supermarket own-label non-vintage (NV) brut champagnes costing £35 or less to find the best bubbly for the party season.

Experts awarded the highest score of 81% and a prestigious Best Buy to Piper Heidsieck Brut NV, declaring it their “most loved” champagne. The “decadent” bubbly, which costs £33, was said to have an “aged, savoury edge and a smorgasbord of citrus fruits”.

Also scoring 81% was Veuve Clicquot Yellow Label NV, the most expensive of the champagne Best Buys in the test at £35 a bottle. It was described as “fresh, fruity and slightly malty”, and experts said it would have festive drinkers “going back for more”.

This year’s most affordable Best Buy champagne was Waitrose Brut NV, marginally in third place overall with a score of 80%. Judges noted its aroma of “buttery baked goods”.

The Guardian wine writer Fiona Beckett said: “I’m not surprised to find an own-label champagne doing so well; they’re generally great quality and no one should feel self-conscious about buying them. They don’t have the same promotional overheads and are bought in huge volume which keeps down the price. These days champagne is often as cheap or cheaper than English sparkling wine.”

The cheapest champagne tasted this year was from Lidl. Its Comte de Senneval Brut NV scored 77%, and was singled out for its “beautiful touch of apple strudel”. However, some tasters admitted they found it lacking in flavour.

Lidl said its shoppers “never have to compromise” on anything in their baskets, from everyday basics to champagne. Waitrose said it was “thrilled” to be “rubbing shoulders” with famous bubbly brands.

The panel also tasted 12 sparkling whites from Italy, Spain, France and England, all priced at £12 or less. The highest scoring overall was Tesco Finest Prosecco Brut, at £8 a bottle, attracting a Best Buy award and a score of 76%. It was declared a “clean, classic prosecco” with “fruity and floral notes”.

Italian prosecco remains the best-selling sparkling wine in the UK. British shoppers bought 117m bottles in 2018, compared with fewer than 24m bottles of champagne, according to recent figures from the Wine and Spirit Trade Association.

For those keen to serve an English bubbly this year, Aldi’s Angel and Four Masterstroke (£10) scored 70%. Made in Gloucestershire, the English fizz delivers a “distinct aroma of elderflower”, and most of the panel enjoyed its zesty sweetness, though one was deterred by a “sulphuric nose and sour flavours”. 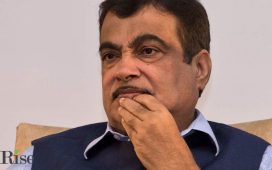 Boohoo booms as Leicester garment factories are linked to lockdown