Global stocks advanced on Wednesday, as fears around indebted Chinese property developer Evergrande eased and the US Federal Reserve provided more details on its timetable for lifting interest rates.

The blue-chip S&P 500 index closed 1 per cent higher, holding on to its early gains even after Fed chair Jay Powell signalled the US central bank could start withdrawing its enormous stimulus programme as early as November.

The technology-heavy Nasdaq Composite also rose 1 per cent. The yield on the US government’s benchmark 10-year bond, which rises when prices fall, dipped 0.02 percentage points to 1.30 per cent.

New projections showed a majority of Fed officials expect to raise US interest rates at least three times in 2023, and a growing number expect an earlier rate rise in 2022.

The Fed’s rock bottom rates and record-breaking stimulus measures have helped to prop up stock markets over the past year by keeping bond yields low and pushing investors toward riskier assets such as stocks, so earlier rate rises may be considered a risk for stock markets.

However, recent comments from Powell and other officials had already primed many investors for a gradual tapering, and investors were relieved at the lack of a more hawkish shift in tone on Wednesday.

A positive update from Evergrande had already lifted stock markets earlier in the day. Fears that the Chinese property developer could default on its debt obligations sparked a global sell-off on Monday, but the company said on Wednesday that it had struck a deal on one imminent repayment.

Powell told reporters he did not expect Evergrande’s problems to have a major direct impact on the US, describing the situation as “very particular to China”. He added, however that it could have a knock-on effect on global financial conditions by weakening investor confidence.

The Europe-wide Stoxx 600 index rose 1 per cent, while the UK’s FTSE 100 advanced 1.5 per cent thanks to a rally in mining and commodities stocks whose fortunes are tied to the health of the Chinese economy.

Mainland Chinese stocks also fell less severely than expected as markets reopened for the first time this week after a public holiday, as investors viewed the onshore bond repayment pledge as a sign Evergrande may avoid a disruptive collapse. The CSI 300 share index dipped 0.7 per cent. 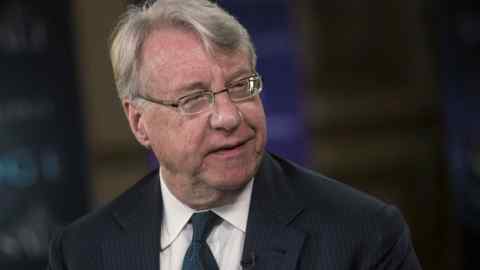 Evergrande, which has financial obligations of more than $300bn and has been hit by government restrictions on lending to China’s vast real estate sector, said a payment due to domestic bondholders on Thursday had “been resolved”.

The developer did not say how it would meet its onshore bond payment. But the statement reassured investors who had hoped Beijing policymakers would try to limit potential losses by mainland Chinese lenders, suppliers and homeowners.

“It’s likely we will see government intervention that gives some relief to the domestic creditors,” said Francesco Sandrini, senior multi-asset strategist at Amundi, Europe’s largest fund manager. “Chinese authorities will do the best job they can to contain any spillover.”

Evergrande also has an interest payment on a bond held by foreign investors due on Thursday.

“China’s authorities have a very clear motive, and the necessary means, to contain any threat of a systemic crisis in the country’s domestic financial system,” said Udith Sikand of research house Gavekal. “What happens to international investors is another matter.”

Sunil Krishnan, head of multi-asset funds at Aviva Investors, warned that while Beijing would “try and contain” Evergrande’s problems, investors should fear “a chilling effect on real estate development activity and some knock-on impact on property prices” that could slow China’s decelerating economy further.

The dollar index, which measures the greenback against six currencies, reversed early declines to climb 0.3 per cent. The euro weakened 0.3 per cent against the dollar, buying $1.1693. 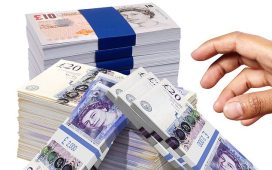 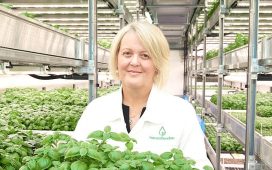 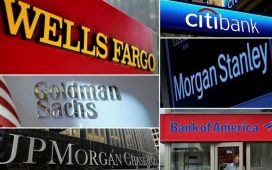 US banks take diverging bets on direction of interest rates 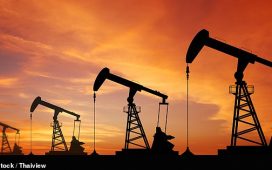 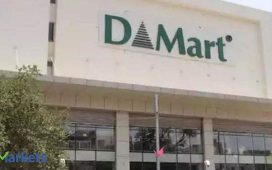