No discussion on our Sustainable Future would be complete without taking a look at how we are going to power the change. Fossil fuels are still our main source of energy but things are changing.

CNBC takes a look at the energy transition, from the role incumbent energy providers will play, to the new start-ups that are looking to change the business model one green-step at a time.

The lineup for Tuesday’s sessions are below, and click here for the full schedule of the week.

As the largest energy consumer in Southeast Asia, Indonesia is crucial to the region’s energy transition. The country’s finance minister, Sri Mulyani Indrawati, joins us to discuss the $5.7 billion she says is needed every year to fund its green energy transition, how it plans to finance the shift to net zero and what the government’s climate goals are ahead of COP26.

As prime minister of Australia, Malcolm Turnbull played a pivotal part in putting climate change on the national agenda. In his latest role, as inaugural chairman of GH2, he aims to put green hydrogen production front and center of the region’s shift toward decarbonization. Joining him is Richard Lancaster, CEO of CLP Holdings, one of the largest investors in the electricity industry in Asia-Pacific, to discuss the task ahead and what steps they have been taking to phase out their coal-fired assets by 2040.

With the clean energy transition underway, hydrogen is back in the spotlight. Offering a light, storable and energy-dense solution to providing cleaner energy, green hydrogen is playing an increasingly important role in the journey to a low-carbon future. We’ll hear from Italian energy infrastructure operator Snam and Germany’s Siemens Energy about the role hydrogen can play in powering the energy transition, whether that transition is coming fast enough and what investment is still needed.

Ignacio Galán, the CEO of Iberdrola, has long been a champion of renewable energy, transforming the company from an operator of fossil fuel plants into an offshore wind and solar powerhouse. He wants there to be a sense of urgency in Europe’s transition to cleaner energy, and will discuss how we get there, what his strategy is to double Iberdrola’s renewable power capacity by 2025, and what impact the gas crisis will have on Europe’s long-term decarbonization goals. 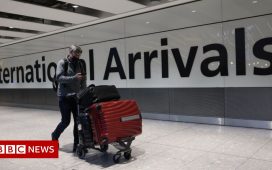