Guy Cramer, is the President and CEO of Canada-based HyperStealth Biotechnology Corporation, which manufactures military camouflage uniforms. Last month, the company, which Mr Cramer founded in 1999, announced four patent applications which are all related to their Quantum Stealth (Light Bending Material), otherwise known as the Invisibility Cloak – opening up a numerous potential benefits.

The technology works by bending light waves around selected object, removing visual and infrared signatures and even the target’s shadow.

In addition, heat-sensing cameras would be unable to detect someone hiding behind the material

Quantum Stealth requires no power source, is paper-thin and inexpensive, and can hide a person, a vehicle, a ship, spacecraft and buildings.

Mr Cramer told Express.co.uk: “I expect in less than a year we will begin to see practical applications.

“It bends light like a glass of water does where a spoon or straw looks bent except I figured out how to do it without the water or volume (thickness) of material.

“As the Canadian military allowed us to apply for the patents which are now pending, the military is no longer our only focus as we look to commercialise.

READ MORE: Sonic weapons are real and could be used to DEVASTATING effect

Nevertheless, the potential camouflage and concealment benefits for soldiers and materiel are obvious, Mr Cramer acknowledged.

The UK’s elite Special Boat Service (SBS) are among those whom he has offered explanatory demonstrations too.

He said: “As far as I know, no military ever used our Version-1 material other than testing and up until last year, none of them knew what our Version-2 was.

“So while I demonstrated to many military groups, including the SBS, some of them were waiting for an appropriate combat readiness level.”

Mr Cramer stressed there was still significant work to be done, explaining: “The current drawbacks to the light bending (invisibility) are high reflection, which can be solved in the manufacturing process with anti-reflective coatings, anti-dirt and anti-fog applications will also be required, durability for field operations would need to be improved.

“But all of these can be done during manufacturing.”

And despite the name, actual invisibility cloaks are still a way off, he added, saying: “It won’t be clothing yet due to the standoff distances required.

“I give that about an 80 percent probability at some point in the future.” 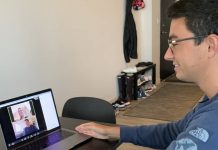 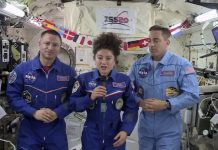 The Guardian view on coronavirus: as deaths mount, so do questions | Editorial 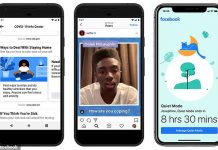 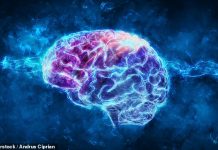 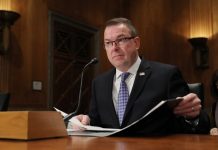 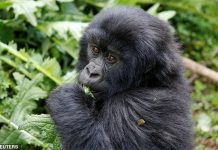 Lyft values itself at over $24 BILLION ahead of long-awaited Wall Street debut –...