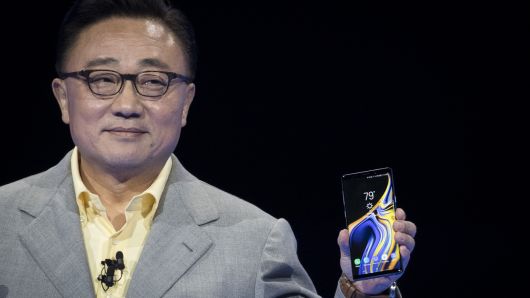 Samsung is hosting an event in San Francisco where it is expected to unveil its new Galaxy S10 phone. We’re expecting it to announce that phone and possibly a couple of other devices.

Samsung will use the event to show how it plans to take on Apple’s latest batch of iPhones, including on price. Apple announced a more affordable iPhone XR this year, for example, which starts at $749. And both Samsung and Apple have struggled to keep consumers interested in their phones, as low-cost device makers including Huawei and Xiaomi continue to grow their market share. Samsung will need to wow consumers if it wants to retake that ground.

Rumors have suggested Samsung may also introduce a foldable phone called the Galaxy Fold. If it’s anything like a prototype Samsung showed off in November, it’ll act as a tablet that you can fold down into a device the size of a phone.

You can watch Samsung’s livestream to follow along with all of the announcements. The event begins at 2 p.m. Eastern.