Money laundering is never far from the headlines. Last week ING in the Netherlands and the Danish Group Danske Bank were the lenders who found themselves in the spotlight. The former has agreed to pay €775m in fines for compliance failures that allowed the alleged laundering of hundreds of millions of euros; the latter reportedly handled $30bn in a single year through its small branch in Estonia without raising any questions, adding to existing concerns about the anti-money laundering, or AML, controls at the bank.

Revelations such as the Panama and Paradise Papers, and various scandals, have repeatedly exposed the workings of schemes designed to avoid and evade tax, to recycle and invest the proceeds of corruption and to place ill-gotten gains beyond the reach of law-enforcement agencies.

What all these examples have in common is that they involve multiple countries: lawyers in Panama or the British Virgin Islands for example; bank accounts in Switzerland or Dubai; companies in the Cayman Islands or the Seychelles; and company service providers in London or Hong Kong.

Money laundering is a global industry, operating seamlessly across borders. The fight against money laundering and terrorist financing has been led by the Financial Action Task Force, the Paris-based global standard-setter, for nearly 30 years. But we appear no closer to turning the tide against illicit money flows today than when FATF was founded in 1989, triggered by the narco-dollars that were then washing through the US banking system.

Why is this? One overriding issue hampers the international response to money laundering. Despite the transnational nature of most money-laundering schemes that allow kleptocrats, tax dodgers and organised crime barons to enjoy the proceeds of their crimes with impunity, the global response remains trenchantly national, hindered by complex cross-border mutual legal assistance treaties and a lack of information-sharing. The adage “follow the money” is often impossible to implement.

In recent years, a handful of countries have recognised the need for better information-sharing both among government agencies and between governments and their banking sectors. This is vital because so-called suspicious transaction reports from industry form the heart of the AML regime.

Partnerships such as the UK’s Joint Money Laundering Intelligence Taskforce or Australia’s FinTel Alliance have brought together banks and watchdogs to pool data and create a more complete picture of the way criminals are exploiting the financial system. But these partnerships, welcome though they are, remain domestic. The investigations they undertake more often than not quickly lead across a border that hinders their work but does not slow down the criminals. Following these trails is time-consuming, expensive and frustrating, and investigations often progress no further.

Nowhere is this failure to create a cross-border response to a transnational crime more inexcusable than in the EU. The EU bureaucracy has produced a series of anti-money laundering directives to address this problem. The fifth version was introduced in 2016, adopted in April 2018 and must be implemented by the 28 member states by 2020. (The UK has confirmed it will do so, despite Brexit.) The process will take almost four years, even as criminals take advantage of new technology and evolve their tactics by the month.

EU-wide rules — however tardy — are welcome, but implementation remains domestic. Each country has its financial intelligence unit, to which banks and other regulated entities must report suspicious transactions. Some countries actively resist group solutions.

The EU does much better on border controls and other kinds of crime. Bloc-wide systems such as the Schengen Information System and Europol — Europe’s law-enforcement agency — operate secure information-sharing platforms and provide a structured, collaborative and co-ordinated law-enforcement response. Despite nascent efforts, such a centralised and dedicated response to money laundering by the EU remains entirely lacking. The European Banking Authority reportedly commits the equivalent of only 1.8 full-time staff members to AML.

Today, money moves across borders at the tap of an app or the click of a mouse on a trading floor. But the global AML regime remains rooted in an age when cheques and money transfers took five days to clear. The criminal finance industry has, like so many others, globalised, but the response has failed to adapt — something the EU is only now proposing to address.

As long as we fight a cross-border challenge with a nationally-based response, the only ones benefiting are crooks, kleptocrats and criminals. 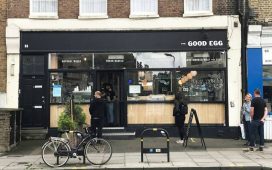 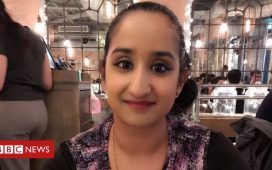