We know why innovation is important. Here’s how to do it. – DefenseNews.com

This month, thousands of units across all branches of the U.S. military will execute a change of command. New commanders will seek to set priorities for their command and leave their mark. However, commanders are asked to do something new: innovate.

From the National Defense Strategy to the Army Operating Concept that states innovation “is critical” and defined as “the result of critical and creative thinking and the conversion of new ideas into valued outcomes,” why the military must innovate is doctrine. Yet, there is no playbook for how to innovate.

For the past two years, an Air Force wing built an innovation playbook — leadership, buy-in, experimentation and speed.

In July 2018, Col. Donn Yates took command of the 4th Fighter Wing. An intellectual and warrior, he wanted, and was directed, to be more innovative. He knew that the challenges he and the Air Force would face in the future — from fighting when satellite communications capabilities were down, to using data to predict parts failure, to using social media to communicate during a hurricane — were new, with no available checklist and playbook. He set out to develop one and make innovation a priority.

A few weeks after taking command, he hosted me to discuss innovation. As the southeast regional director for the Defense Department’s National Security Innovation Network, I helped lead the department’s innovation efforts across the region. NSIN’s mission is to help commanders innovate by tapping into new networks of innovators in the venture technology and academic space to deliver solutions. As a former Green Beret, venture-backed startup CEO and professor at Duke University, I speak the languages of these three different communities.

By giving us your email, you are opting in to the Early Bird Brief.

He immediately requested one of our programs — a Design Bootcamp — bringing professors from University of California, Berkley to train his innovation team in design thinking.

The concepts are different than military thinking — talk with end users to understand their problems; create minimal viable products, or MVP, to solve their problems; test those MVPs and collect data; and use that data to develop better solutions quickly.

Col. Yates had the teams work a problem that bedevils commanders across Air Force bases — the long wait times at the pharmacy. The trainers broke the 28 trainees into four-person teams, who camped out at the pharmacy interviewing pharmacists, staff, airmen and retirees.

At the end of the week, the teams proposed solutions, from self-serve kiosks to mobile clinics to text notifications. Six months later, pharmacy wait times were down more than 50 percent and those trained teams could apply the same thinking to other problems.

Col. Donn Yates, a few weeks into his command, and his team discuss innovation with Tommy Sowers on July 23, 2018. (Courtesy of Tommy Sowers)

New ways of thinking are just the start. Moving from idea to an actual product that the military can use is difficult. While our military hardware remains the best in the world, the software running our military is woefully inadequate.

As the chair of the Defense Innovation Board and former Google CEO Eric Schmidt stated: “The DoD violates pretty much every rule in modern product development.” And with virtually no positions for app developers and data scientists within any Department of Defense operational unit, getting solutions means tapping into new communities of problem solvers.

Seymour Johnson Air Force Base sits 35 miles from the Research Triangle, one of the leading startup centers in the nation and host to 50,000 students. Could we tap into these problem solvers for a limited tour of duty to build solutions and serve their country?

One of NSIN’s programs is a university course called Hacking for Defense, or H4D. Delivered at Duke and universities across the nation, H4D teaches teams of students to build a startup to solve a DoD problem. Col. Yates’ wing sponsored multiple H4D problems — from using data to predict F-15 part failure to developing new procedures to allow distributed forces to communicate in a SATCOM-denied environment, to an app for optimizing Reserve drill weekends.

Working with new problem solvers takes tolerance and openness to new ideas. These teams, beginning with little knowledge of the military, ask first-principle questions. Yet, after 100-plus end-user interviews and working through multiple prototypes, these students become world experts on the specific problems and the likely solutions. Many go on to join the DoD.

NSIN is now putting problems in H4D, tech fellowships called X-Force and courses at universities around the nation. These programs use product teams to craft better social media strategies, data dashboards and apps to fill critical needs. (If you are military and need solutions now, you can submit your problem here.)

The most important attribute in a venture-backed startup is speed. So, too, for the modern military. In testimony, a former undersecretary of defense stated: “Innovation will remain important always, but speed becomes the differentiating factor.”

Two years of command can fly by. Unless new commanders make innovation not only a priority but also commit to do something now, the deployments, requirements and taskings of running any military unit will subsume any desire to innovate.

A month after our first meet, Col. Yates brought 30 airmen to Duke to hear from entrepreneurs and academics. The next month, he sent a half-dozen leaders to learn how to work with university teams and carved out the training time for the Design Bootcamp. The following year, he sponsored two H4D teams and an X-Force fellow. This year, we’ve seen four H4D teams, more X-Force product teams and another boot camp. None were perfect. All could have been delayed. But the 4th Fighter Wing prioritized speed and innovation.

The military knows why it must innovate. The next conflicts will require not only the best hardware, but also a force that rapidly converts new thinking to outcomes; a force that can tap into the wealth of talent in America that will never wear a uniform but want to apply their entrepreneurial and technical skills to solve national security problems.

The how — the things new commanders must do to innovate — has been opaque. Now, with the leadership, buy-in, experimentation and speed of the 4th Fighter Wing as an example, there is an innovation playbook.

Tommy Sowers serves as the southeast regional director for the National Security Innovation Network, a program office within the U.S. Defense Department. He is a graduate of Duke University and the London School of Economics, a former founder and CEO of a venture-backed startup, a Green Beret officer and veteran of the war in Iraq, and former assistant secretary for public and intergovernmental affairs at the Department of Veterans Affairs. He would like to thank Col. Donn Yates and the airmen of the 4th Fighter Wing. The views expressed in this article are those of the author and do not reflect the official policy or position of the Defense Department or the U.S. government. 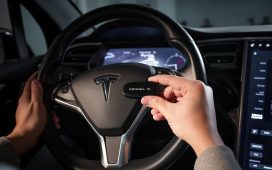 Startups Weekly: The US is finally getting serious about 5G – TechCrunch 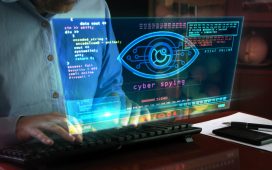 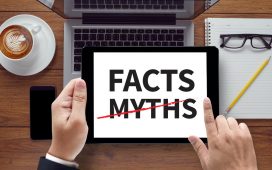