If there’s one thing this self-made billionaire has perfected over 40 years in the City, it’s the art of networking – and he clearly wants visitors to his Knightsbridge office to know it.

Photo frames showing the 64-year-old meeting Barack and Michelle Obama; the Duke and Duchess of Cambridge; and David and Samantha Cameron all sit proudly alongside his snap with the former Girls Aloud singer. 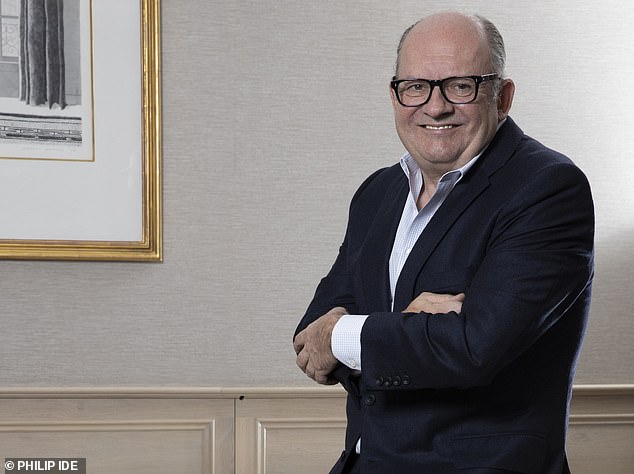 Billionaire: Michael Spencer has used his vast wealth to be a key Tory donor

Spencer’s enviable collection of acquaintances – fellow billionaire and Democrat Presidential candidate Michael Bloomberg included – has been built up over a stellar business career that saw him grow a four-man operation called Icap into a £4billion business with 5,000 employees.

Last year, Spencer took a major step back from the City, selling his business – best known for hosting ‘Chezza’, Prince Harry and others at its festive charity days – and, as he himself points out with disarming frankness, solidifying his status as a billionaire.

Now an ever-growing portion of his attention is being directed towards Westminster and his beloved Conservative Party. Over four decades in the City, Spencer has used his vast wealth to establish himself as one of the Tories’ biggest donors.

The tally stood at more than £5million before this Election campaign, and Spencer – who served as the party’s treasurer between 2006 and 2010 – says he has been ‘even more generous’ than usual ahead of Thursday’s vote, though he declines to say exactly how much he has donated.

‘It is an absolutely critical Election,’ says Spencer, sitting at the large table in his glass-walled office and smartly dressed in a waist jacket and tieless shirt. ‘I know that’s a cliché – every Election is critical. But I think this is particularly critical.

If Boris doesn’t win, we will have stasis in this country for another year

‘If Boris does not win this with an overall majority, we are going to have stasis in this country for another year at least while he fumbles along with a minority Government that can’t do anything. Or Corbyn fumbles along with a minority Government trying to negotiate another deal with the Europeans – which he won’t succeed in doing, in my opinion – and then has another referendum. God knows when that will be.’

With General Election day looming, Spencer fears it is ‘not inconceivable’ that – with help from other parties – Labour’s Jeremy Corbyn could become Prime Minister on Friday, which would be ‘really quite severely bad’.

‘New investment in the UK will shrivel,’ says Spencer. ‘Why on earth would you invest money in the UK if you know you’re going to have ten per cent of your company taken away from you by a Labour Government with no compensation and where, if you have a public company, it might be nationalised?’ 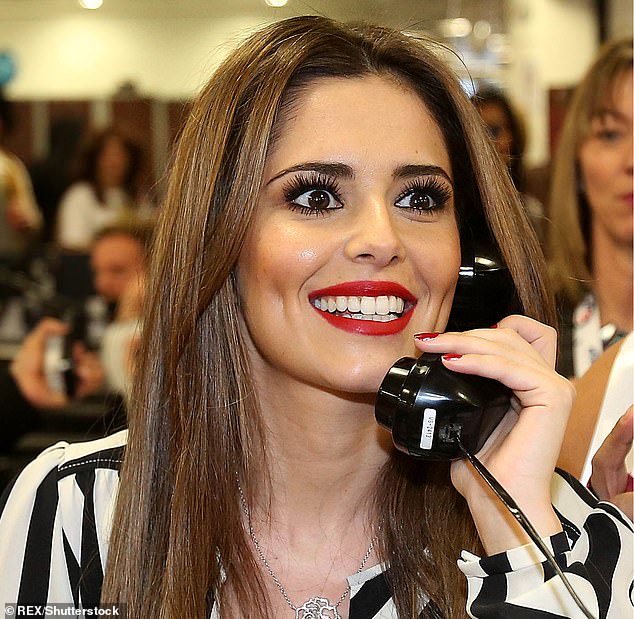 What are Spencer’s plans? ‘I’m not going to share with you my contingency plans,’ he says after a pause, and in a manner surely used many times in business to signify a conversational cul-de-sac. So he does have ‘contingency plans’? ‘Yes. I can share with you the fact that I know very, very many people with contingency plans. And the tragedy is that the Leftists will say, “Good riddance to the lot of you,” ’ he adds.

Spencer points out that his business has paid around £2.5billion of tax in this country. In addition, Icap’s well-publicised charity days have raised £150million and he’s in the process of setting up a charitable foundation with his wife Sarah that will hand about £10million a year to good causes.

That aside, he has a shared conservation plot in Kenya with 200 rhinos – ‘probably the biggest concentration of rhinos anywhere’ – protected by 160 armed guards. ‘The Left seems to think that anyone who has made a lot of money has done so by thieving from the community as opposed to maybe because they built businesses that have created wealth for the benefit of the whole nation.’

Corbyn has made clear Labour will not be good for billionaires.

Asked if there is anything he likes about Labour’s manifesto, Spencer erupts into laughter perhaps more at the idea that he might promote the competition rather than the content. 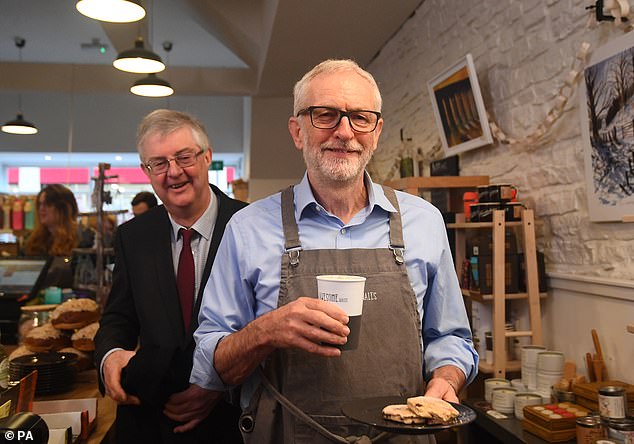 Corbyn has made clear Labour will not be good for billionaires

If Corbyn fails and Johnson wins a workable majority, Spencer is confident ‘a psychological and commercial cloud will lift’ across the country.

‘I think capital inflow will return to the UK and, by the way, a load of stuff has been held up,’ he says.

There is still the small matter of Brexit, but Spencer – who reluctantly voted Remain in 2016 but would back Leave in the event of a second referendum – is confident Johnson is the right man to implement a plan.

READ  The average cost of having a car crash in the UK is £415, says report

Hidden away at the back of his office is a dining room walled with dozens of bottles of fine wine and featuring four Second World War Enigma machines.

Spencer calls it ‘a rare bastion’ of the dying tradition of the long City lunch – for which he himself is famous.

He pines for a return to the City of yesteryear in other ways, too. Assuming Johnson does get the keys to No 10, Spencer wants the Government to set its sights on scrapping some of the red tape that has bound firms in recent years.

His ideas for reform are likely to raise eyebrows: the suggestion that banker bonus caps – introduced across the EU in the aftermath of the financial crisis – should be lifted, for example. 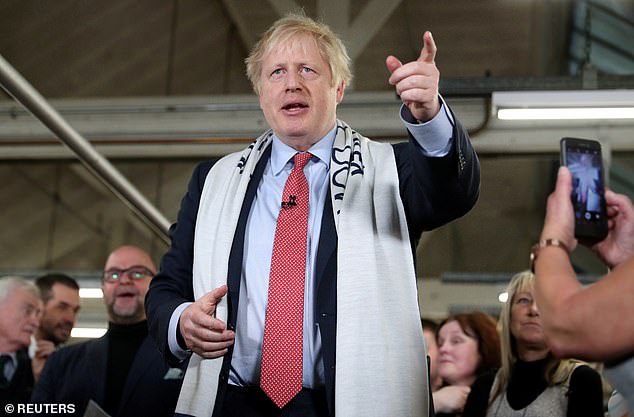 If Corbyn fails and Johnson wins a workable majority, Spencer is confident ‘a psychological and commercial cloud will lift’ across the country.

Along with many others in the City, Spencer believes bonus restrictions have forced banks to inflate standard salaries or driven talented individuals away.

‘The bonus caps are ridiculous,’ he says. ‘That was a classic case of “Let’s do something populist” that achieves nothing – actually achieves damage. And, of course, it should be rescinded.’ Spencer also believes the Vickers Report – which forced banks to ‘ringfence’ their retail and investment banks – should be reconsidered, saying this has forced up financial services costs in the Square Mile.

Spencer’s ideas sound politically tricky to implement – but they cannot be dismissed given his influence within the party. Will Johnson consider them? ‘I hope so,’ says Spencer. ‘I think there is widespread acceptance that there needs to be a review but they’re not a priority on anyone’s Election manifesto.’

Spencer, whose father was a civil servant, grew up in parts of what was then still the Empire, including Sudan where he would ride to school on a donkey.

Boarding school in England was followed by physics at Oxford before graduating into the City in the 1970s. 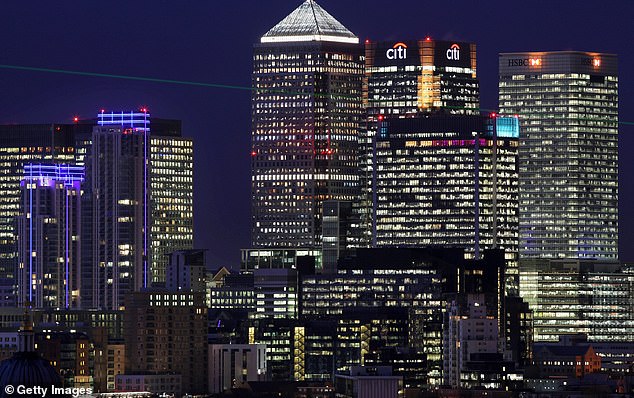 Last year, after building his trading firm up into a FTSE 100-listed global powerhouse, Spencer crystalised his status as a self-made billionaire by selling NEX to US financial giant CME Group for around £4billion – receiving cash and shares in CME for his own stake.

Spencer now sits on the board of CME as its largest individual shareholder with around three million shares worth around $200 each.

His career could have gone down a significantly different path. It had been his intention to work in the City until his 40s and then move into politics as a Conservative MP. But in his late 30s, as Icap was growing into a global firm, ‘I just thought, crikey, do I give up work? And I decided I was enjoying my career too much.’

In 2016, Spencer appeared to be on the verge of having his cake – a long and successful City career – and eating it, by entering the House of Lords as a Tory peer.

But David Cameron’s efforts to insert him into the Lords were thwarted. It is believed Spencer was turned down because of a 2013 fine imposed on Icap for allegedly playing a part in manipulating Libor interest rates. Three Icap employees were charged by the Serious Fraud Office but acquitted at trial.

‘I was, to be honest with you, astonished…I was genuinely astonished that I was rejected,’ says Spencer, apparently still crestfallen by the affair.

‘It appears that it was something related to Libor. Since our staff have now been acquitted over Libor, and indeed the Libor investigations have been terminated, I can’t see how that in any way can mean that my reputation has been somehow irrecoverably damaged.

‘I had hoped, obviously under Cameron’s tenure, to have been a peer for the Conservative Party in the House of Lords and I would have been happy to have done it. I do feel like I have something to add in terms of my expertise in certain areas of enterprise and business.’

Despite his 2016 snub, Spencer remains an influential figure within the party, as well as a major donor. Could he yet be welcomed into the Lords?

‘To be honest with you, it’s the Prime Minister’s choice. So who knows.

‘But it’s not the most important thing in my life or anything like that. Life’s too short to get stressed about things like that.

‘And do you know, I’ve had a phenomenally lucky career anyway.’

Family: Wife Sarah and three children – including two sons who Spencer feels might make a career in politics – and two step children. 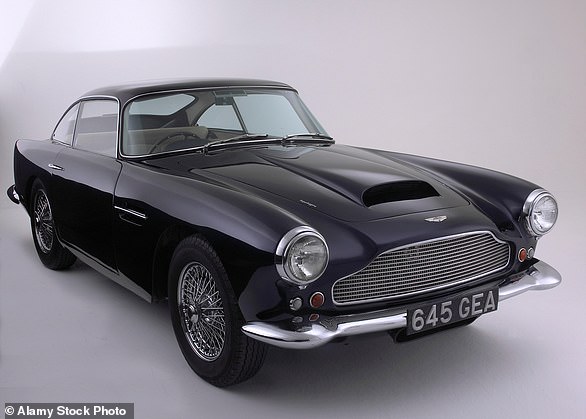 Hobbies: Collecting fine wine (Clos des Papes from the Rhone is ‘not in a silly price bracket but is a really lovely wine’) and wildlife conservation. Favourite book: Churchill by Andrew Roberts.

Starbucks holds off on guidance lift

Citi to withdraw from two-thirds of FX platforms