A weak US jobs report has amplified political tensions ahead of bipartisan talks between the White House and lawmakers next week on Joe Biden’s next multitrillion dollar economic plans, further complicating the path to an agreement.

Following the release of data on Friday showing that the pace of hiring in the US economy had fallen from 770,000 in March to 226,000 in April, Biden called on Congress to act quickly to approve additional economic legislation beyond the $1.9tn fiscal stimulus already approved.

He urged lawmakers to pass proposals for $2.3tn in infrastructure spending and $1.8tn in social safety net spending over a decade, paid for with higher taxes on the wealthy and corporations.

Next Wednesday Biden is due to host the four congressional leaders — including Nancy Pelosi, the House speaker, Chuck Schumer, the Senate majority leader, and Republicans Mitch McConnell and Kevin McCarthy — at the White House to jump-start the talks.

“No one should underestimate how tough this battle is,” he said. “We still have a job to do here in Washington. The American people are counting on us. So, let’s get it done. Let’s build an economy that delivers dignity and gives everybody a chance.”

But while Democrats are highlighting the importance of additional action to bolster the recovery, Republicans are calling for the administration to change course and make adjustments to their economic strategy.

“I think [the jobs data] has amped up each side as confirmation of the position they already had. Democrats see a danger of stalling out, a crisis of child care and of fear of catching the virus at work keeping people away and so little chance of overheating,” said Austan Goolsbee, a professor at the University of Chicago and a former senior Obama administration official. “Republicans see an enhanced safety net keeping people away and oppose government involvement.”

McCarthy, who is the top Republican in the House of Representatives, issued a blistering statement saying Biden was “not fixing a crisis, but creating new ones”.

“Unless President Biden stops doubling down on his failed tax-and-spend agenda, unless he works with Republicans to rebuild our economy, his crisis-era policies will continue to trap Americans in a cycle of fear,” he added.

Many economists who were taken aback by the retreat in the pace of job creation say they expect the dip to be only temporary, and the strong US vaccination rollout combined with the strong spending thanks to the previous stimulus will bolster the recovery in the coming months.

Speaking at the White House on Friday, Janet Yellen, the US treasury secretary, said she still expects America to reach full employment next year, though she acknowledged the recovery could be “bumpy”.

Democrats and the White House are likely to make the case that their next spending plans will help address some of the big structural issues that have held back the US economy in the past, including participation in the labour force. Among them are deficits in physical infrastructure, child care, and education. 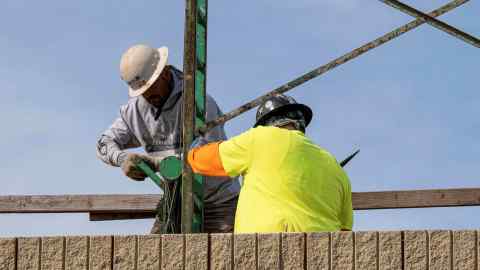 The sluggish numbers could also help defuse worries about an excessive spike in inflation. “I think a very small number of people have those worries. And I think there was a lot of front-running the data on that,” said Michael Madowitz, an economist at the Center for American Progress, a left-leaning think-tank.

“The real silver lining in this is that the Pollyannish ‘oh my god the economy’s overheating’ people look ridiculous right now.”

But Republicans and conservatives say this should serve as a warning sign to the White House that its policies are so far too heavily focused on boosting the demand side of the labour market rather than its supply side.

“They have to have an economic message that’s a little more tailored than just spend, spend, spend,” says Doug Holtz-Eakin, a former economic adviser to George W Bush now at the American Action Forum, a think-tank. “To get this package through they have to explain how it’s going to get people to work, and have them be more productive on the job.”

If no agreement is reached with Republicans, the White House and Democrats could still pass their plans using their own slim majorities on Capitol Hill, but that would require a high degree of party unity that could be hard to achieve.

“The evidence is clear that the economy demands urgent action and Congress will not be deterred or delayed from delivering transformational investments for the people,” said Pelosi. 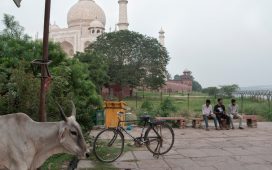