Ticketmaster’s decision to shut down its ticket resale sites – GetMeIn and Seatwave – has been greeted with widespread approval.

The two websites will be replaced with a system allowing fans to sell unwanted tickets at face value, albeit with Ticketmaster collecting a 15% commission.

This, the company says, will help reduce the number of touts charging huge mark-ups for tickets they have harvested in bulk, including from Ticketmaster’s own systems.

However, there is reason to be sceptical – both about Ticketmaster’s apparent altruism and the impact that closing secondary ticketing sites will have on the cost of live music.

For a start, GetMeIn and Seatwave will be no great loss to Ticketmaster. According to the latest accounts filed with Companies House, GetMeIn made a post-tax profit of only £1.4m in 2016, while Seatwave lost £3m.

The chief cause of such lacklustre financial performance is the parallel success of controversial rivals StubHub and Viagogo, which will snap up any touts who were still using Ticketmaster’s secondary outlets.

There is also a question hanging over the scale of Ticketmaster’s commitment to reasonable prices.

Its premium Platinum service uses “dynamic pricing”, adjusting prices according to demand, much like airline seats or Uber rides, but in a far less competitive market.

In the case of Platinum, the company reserves some of the best seats in the house and, when the event “sells out”, drip-feeds them into the market at inflated prices.

Paul McCartney’s upcoming UK tour appeared to have sold out within minutes. Seats at the SSE Hydro in Glasgow, which had been on sale at £65, were later released via Platinum for more than £500.

Ticketmaster says Platinum “takes touts out of the equation” because it makes top-quality seats available for a premium, but still for less than touts were charging.

However, research by the Guardian found that in many cases, secondary sites are offering nearly identical tickets to those available via Platinum but for less money.

The company refuses to say whether Platinum customers have exclusive access to the best seats, or could end up sitting next to somebody who paid the normal price.

The Labour MP Sharon Hodgson said Ticketmaster had “serious questions to answer about their business model”.

She said: “To find Ticketmaster blatantly overpricing tickets that they deliberately hold back in order to do so shows just how broken this whole market is.”

To be fair to Ticketmaster, the use of Platinum requires consent from the artist, who pockets the difference and must weigh up the risk of alienating their fans.

Stuart Galbraith, the founder of Ed Sheeran’s promoter Kilimanjaro Live, said: “I’m not a fan of Platinum because I don’t think there’s any added value for the customer but it’s down to the individual artist’s choice.”

He said fans of artists who have experimented with dynamic pricing have seen the price of some tickets increase substantially. “For Taylor Swift and Jay-Z or Beyonce, you got prices that were £350 or £380.

The choice may be in the hands of artists but Ticketmaster executives have been quick to blame artists who try to keep prices low for encouraging touting.

Yet the company is a leading voice in an industry that has been too slow to develop technological solutions such as the digital ticketing systems offered by firms such as Dice, which offer ways to combat touting without capitulating to upward price pressure.

Even if Ticketmaster’s withdrawal from secondary ticketing has no immediate positive effect on fans, it may at least sharpen the minds of lawmakers, regulators and businesses that still work with Viagogo and StubHub.

Adam Webb, a spokesman for the music industry campaign group FanFair Alliance, said: “While it’s true that large-scale touts will continue to use StubHub and Viagogo, those two sites are currently under significant pressures.

“In October this year, StubHub lost their partnerships at the O2 and the Wembley Arena. That’s a massive blow to their credibility.

“Also, by January 2019 they must become fully compliant with UK consumer law and disclose details of any individuals listing more than 100 tickets per year.

“Viagogo is under even heavier fire. It’s a toxic brand and facing enforcement actions worldwide, including from the UK’s Competition and Markets Authority and National Trading Standards. Those actions cannot come soon enough.

“There will also be increasing demands on Google to stop taking their advertising. If that happened it would arguably be the most significant change of all.

“Without their misleading dominance of paid search, Viagogo would likely be dead in the water.” 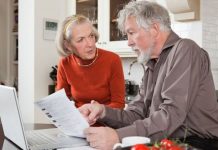 After coronavirus: 'We can't go back to business as usual' 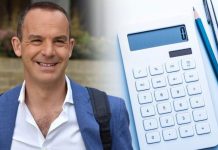 April is the start of the tax year. How will the changes affect me? 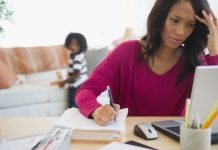 Universal Credit: What are hardship payments and how can you apply for them?

Coronavirus lockdown: Have time on your hands? Complete these 5 money-related tasks 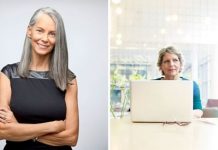 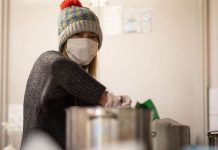 Furlough pay: Can you volunteer while on furlough?

Cramer: 'We can not have the fat cats make money at the expense of...

Why I refuse to pay January’s unfair new train fares