‘WH Smith’s focus on travel is a masterstroke’, City analyst claims as the retailer enjoys soaring sales from airport and railway station shops

WH Smith saw total sales across its branches in railway stations and airports rise by 16 per cent in the five months to 19 January.

Eight per cent of the group’s travel arm sales boost came from InMotion, the US travel business it acquired in the autumn. Same-store sales were up 3 per cent, excluding InMotion.

On the High Street, WH Smith’s sales slipped by 2 per cent on a like-for-like basis over the period. 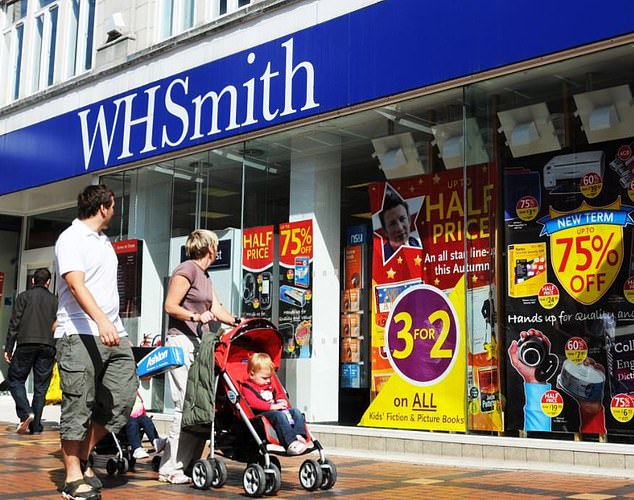 Sales: On the high street, WH Smith’s sales slipped by 2 per cent on a like-for-like basis over the period

Mr Clarke said that consumer spending and confidence was ‘as challenging as it has been.’

He added: ‘It’s been challenging now for around five years and we didn’t see it was any different this Christmas.’

‘The High Street division is suffering but it’s been more than made up for by an excellent performance in travel.

‘Underinvestment in the rather sorry High Street side of the business should not detract from the fact that WH Smith is building a strong brand in travel that has significant room to grow overseas.

‘This significantly reduces its exposure to the ailing UK High Street – a strategy that increasingly looks like a masterstroke.

‘While High Street footfall is coming off, global air travel passenger growth is only growing rapidly. This leaves WH Smith well positioned for the next few years.’ 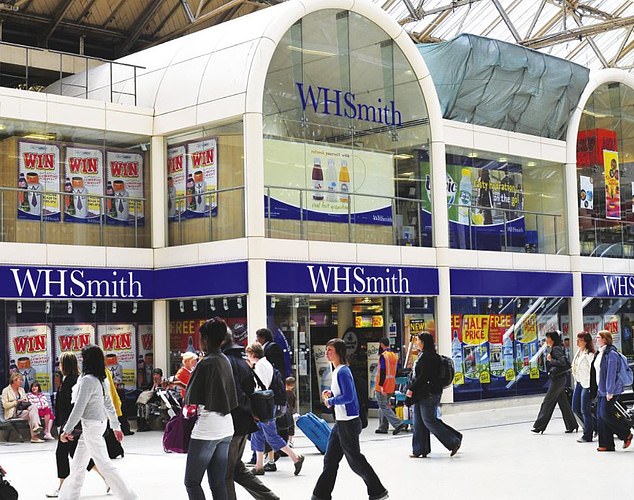 Strong performance: WH Smith is continuing to grow its footprint across railway stations and airports

WH Smith’s best sellers over the festive period included its personalised Christmas tree baubles range, with ‘hundreds of thousands’ sold over the period, according to the group.

On Brexit, Mr Clarke said: ‘We continue to watch it very carefully and continue to plan our business for all eventualities.’ 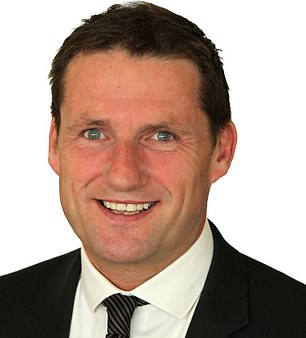 WH Smith’s said it was making ‘good progress’ on cost savings aims outlined in October, with another £9million earmarked for 2018-19.

The group previously announced a restructure to shut a handful of UK high street stores and call time on new initiatives, instead focusing on growth opportunities for its chain of stores based at airports and railway stations.

The review will see it close six stores when their leases expire and wind down its 22-strong budget greetings card chain Cardmarket and franchised convenience store arm WH Smith Local.

Jonathan Pritchard, a retail analyst at Peel Hunt, said: ‘Trading has remained decidedly solid through the first half.

‘We continue to believe that the InMotion deal in the States is a complete game-changer, opening up a massive new market to WH Smith.’ 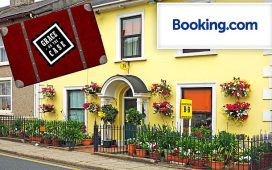 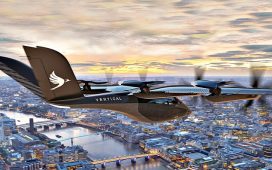 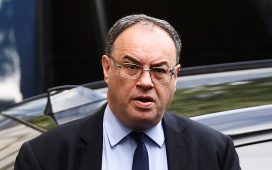 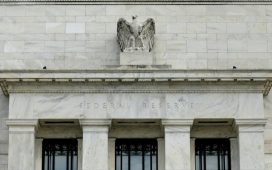 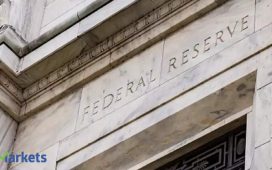