Privacy has long been a big part of Apple’s strategy for making the iPhone unique to the plethora of Android devices you have to choose from. The iOS 14 update has a host of new features that only further increase Apple’s lead in the space.

iOS 14, now available in a public beta, is touting a variety of privacy-led features that are likely to help you have a more secure smartphone experience than before.

These are designed to be used by the average person, and these aren’t just necessarily for those who are in a line of work where they need to consider their privacy.

But are these features likely to have an impact on the way you use your phone? Only time will tell, but we’ve explored some of the key features coming to your iPhone – and will likely be ready and waiting on the iPhone 12 – that may make it safer to use than ever.

Transparency is a big deal

Apple is making significant changes to the App Store to make sure all apps have a listing that tells you exactly what this app will monitor. For example, if the app tracks your location and can read your phone number, you’ll be told that before you’ve even downloaded it to your device.

Independent cybersecurity analyst Graham Cluley told TechRadar, “Anything which increases transparency as to what apps are doing has to be good news for user privacy, so I welcome this step.

“Whether the typical user will actually pay attention to permission notifications like this another matter entirely. We all know that most of us simply click through any permission screens without reading (or at least understanding) the implications of what they have just agreed to.”

It will be up to the user to decide whether they’ll use this information, but even if you don’t do this other iOS 14 features are already improving elements of other apps.

For example, a new feature within the software that notes when an app takes information from your clipboard has pointed out that TikTok is consistently doing this in iOS.

iOS 14 beta has a banner to confirm when you paste from another device (eg copy on a Mac and paste on iPhone)Seems to be bugging out and showing with every keystroke in TikTok pic.twitter.com/aFKNfZnpybJune 24, 2020

Since this privacy concern was discovered, TikTok has now promised to stop the app from doing this in future and that should make it far more secure for all users rather than those who are actively worried about their privacy.

Does this mean there will be fewer apps?

Not every company will necessary take the same precautions as TikTok, and there’s always the chance we’ll see fewer third-party apps on the store as a result.

He said, “I would imagine that any app which tried to sneak through over the top levels of tracking and data collection without being open about it with Apple and users would find themselves potentially facing a ban from the App Store.

“It wouldn’t make business sense to upset the people who run your only route to iPhone customers.”

Another security-led feature within iOS 14 is that you’ll be able to share your “approximate location” with an app rather than your exact location.  Exactly what this means – such as distance, or time when your location is recorded – is unclear at the moment.

Cluley said, “Most apps which ask for your location do not need your precise location. This is a very sensible step for people’s privacy and personal safety.”

There may still be some apps that you want to share your exact location with. For example, you may want Apple Maps or Citymapper to have an accurate reading on where you are, but do social networking apps need to know more than the city you’re in? You can now decide that within iOS 14.

So what does this all mean?

As Cluley notes, the features iOS 14 sets out will only be as good as they seem if people begin to use them. There’s no guarantee these features will be harnessed by the average person, but for anyone looking to be more security conscious, this will help.

Another new feature is that your phone’s status bar will light up with an indicator if an app is in the process of using your microphone or camera. That will be useful to those who understand what that means, but if you don’t realize that’s the feature you’re unlikely to know whether it’s an issue or not.

On the topic of whether iOS is the preferred platform, Cluley says he believes many privacy conscious people will opt for Apple’s operating system already.

He said, “Android phones are running an operating system run by a huge advertising company, which profits from what they can learn about their users. Apple has very clearly differentiated themselves in their approach.

“Of course, OS choice is not the only part of the equation. Third-party apps and services introduce privacy risks and issues that are platform independent – although it’s good if operating systems can raise a warning).”

These improvements may not change everything on your iPhone, but iOS 14’s slight movements make it that little bit more secure and make using your iPhone a tiny bit safer.

You’ll need to actively use those features though to ensure you’re as safe as possible. 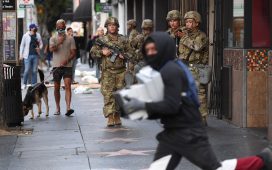 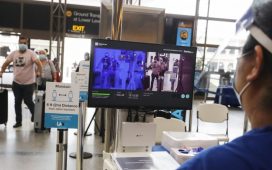 Magical fever-spotting cameras, you say? We have questions. – Marketplace.org 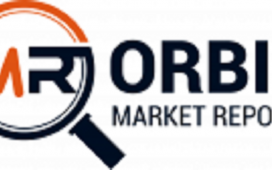 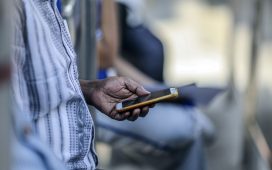