Saga has been “focused overly on the short term” and must return to its “heritage”, says its chief executive, Lance Batchelor, sounding like a new recruit hired to fix problems ignored by less far-sighted predecessors. But he’s been in charge for half a decade.

Batchelor joined in March 2014, led the flotation two months later and set out his “clear vision” as to how to deliver “long-term sustainable value” soon afterwards. It’s a bit odd to grumble now about the dry rot of short-termism. He could have treated it.

Perhaps Batchelor was really complaining about the high levels of debt imposed under previous private equity ownership. He would have half a point. Saga was part of the unlovely creation called Acromas – AA was the other – engineered by Permira, CVC and Charterhouse at the height of the leveraged buy-out boom.

But, actually, Saga got off relatively lightly when the borrowings were divvied out at separation. Saga’s first set of results as a public company in 2014 showed a leverage ratio of 2.5 times. That’s not nearly as uncomfortable as the 8 times that poor old AA is carrying even now.

Batchelor is on firmer ground when he says “commoditisation” has hit insurance, Saga’s most important market, with the rise of price-comparison websites. As far as it goes, the response sounds logical: get more business through the door directly to avoid paying commissions and stop introductory teaser rates that annoy existing customers.

But why couldn’t this “fundamental shift” in strategy have been adopted years ago when the market was fundamentally shifting? Even big insurance beasts, after a prod from the Competition and Markets Authority, are now promising to reward loyalty rather than punish it.

The shake-up, including the launch of a three-year fixed-price insurance product, will clobber Saga’s profit margins this year, thus the one-third fall in the share price on Thursday and a steep dividend cut. Despite better results from the cruise division, the stock has now slumped from 185p to 67p since float.

Some 160,000 customers subscribed for the offer at the time. Many, let’s hope, cashed up to go on a Saga cruise before the shares went south. The remainder may wonder why Batchelor, given the results from his first long-term plan, wasn’t asked to join them in spending more time admiring the sunset.

You’ve got to hand it to Euan Sutherland, he knows how to resign and still get a large payoff.

Back in the days when he wore a suit to work, he got a £1m pay-off when he quit the Co-operative Group after 10 months in post, declaring the place “ungovernable”. At Superdry, where he resigned as chief executive on Tuesday after founder Julian Dunkerton’s return to the boardroom, Sutherland is in line to get £730,000, as the Guardian has revealed.

It’s sporting of the freshly installed Superdry chairman Peter Williams to agree to the payment. Sutherland wasn’t forced to resign but had instead merely threatened to do so if Dunkerton won the shareholder poll. In other words, it was formally Sutherland’s choice to go.

In practice, of course, it would have been impossible for the two men to work together again given the bad blood. Even if Sutherland had agreed to hang around to provide a smooth handover, his departure with a 12-month payoff would have happened quickly anyway.

Even so, there are few jobs in life where you can quit on the spot in the confident expectation that your employer will give you 12 months’ money. It is a point to remember the next time an executive threatens to resign if some undesired event occurs: his or her downside is limited.

“Outrageous and arbitrary.” It is easy to agree with former Renault and Nissan chairman Carlos Ghosn’s view of his re-arrest by prosecutors in Tokyo. Whatever the outcome of this case when it finally reaches court, the operation of the Japanese criminal justice system looks appalling.

Ghosn spent more than 100 days in detention before he was freed on bail and now his family fear he could face 20 days in solitary confinement. The charges against Ghosn are serious – they relate to allegations of personal enrichment and misuse of company funds – but the trial hasn’t yet happened, which is surely the important point.

The curious sub-plot, though, is why French President Emmanuel Macron has barely uttered a word. He has expressed concern that “a French compatriot” should be treated with “decency”, but that’s about it.

There may be little political mileage in being seen as cosy with a multi-millionaire, but Macron’s near-silence is deafening. One day it may be explained – it’s certainly hard to understand now. 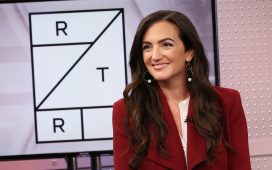 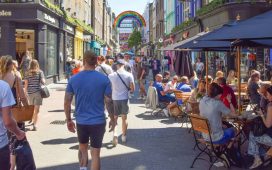 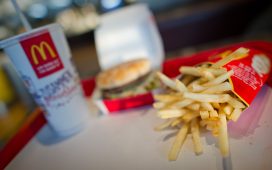 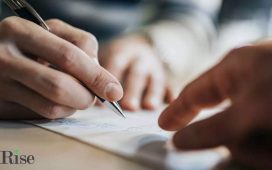