When staff run the show: the true benefits of employee ownership


The moment when staff at John Lewis and Waitrose are told the size of their bonus is always much-anticipated. This week’s announcement will be no different, except in one respect – staff will probably be handed a fraction of the usual 10% to 18% of salary. Last year it was 3%, this year it could be as low as 2%.

Under a more conventional business structure, the bonus might have disappeared altogether, but John Lewis Partnership is an employee-owned organisation and must listen to the concerns of its 81,500 staff working in 50 department stores and 338 Waitrose shops.

A report by thinktank Ownership at Work has found that employee ownership, whether achieved through direct shareholdings or an employee-owned trust, proves popular wherever the company operates and whatever the industry.

“When you are an owner you recognise the need to boost your skills levels,” says the report. “You know that the company’s productivity feeds directly into your pay packet and the company’s success. There is no need to fake enthusiasm or force yourself to go the extra mile when the business in hand is very much your business.”

Admittedly, all the companies in the report have grown since becoming employee-owned and have yet to suffer the kind of sales decline and cost increases that have put John Lewis on the rack. But many have disaster planning in place – or at least plans to cope with a contraction in sales – that staff have been involved in compiling, which has in turn made workers feel more secure.

Liberal Democrat influence in David Cameron’s coalition government translated into improved tax breaks for owners and staff, but the wider adoption of employee ownership has been slow. The Employee Ownership Association set up an inquiry into the ways different ownership structures affect a curse of the modern workplace: low productivity. Since the 2008 financial crash, Britain’s productivity rate – the output of each worker per hour – has failed to rise more than a fraction.

Could the traditional joint stock company with absentee owners be holding back productivity in an era when people want more from time at work than just a pay packet? Part of the inquiry examined how smaller employee-owned firms functioned to see if they, too, suffered from the low investment and sluggish output that characterised what Bank of England chief economist Andy Haldane calls “zombie firms” dragging down the UK productivity rate.

The report’s author, Stefan Stern, chose four businesses for his study: Community Dental Services, a worker buyout from the NHS based in Sharnbrook, near Bedford; Childbase Partnership, a nurseries business based in Newport Pagnell, near Milton Keynes; Union Industries, a maker of industrial doors, based in Hunslet on the edge of Leeds; and Gripple, a manufacturer of wires and cables, based in Sheffield.

Stern, a business writer and former head of the High Pay Centre, which monitors executive remuneration, says he put together focus groups made up of 10-12 colleagues working at all levels in their businesses. The report is due out in a couple of weeks. “What do the workers tell us? That employee ownership binds colleagues together, supports innovation, enterprise and risk-taking, wins engagement and commitment, and rewards people well for their efforts.”

Stern says he “kicked the tyres” of each organisation and couldn’t find anyone who wasn’t positive. . Workers can buy shares under some structures (and be loaned the money to do so) or be gifted them. Either way, they end up owning the business.

“Employee ownership is not necessarily an easy option, especially when a business changes from a more conventional ownership structure. But it was quite hard to elicit serious criticisms or concerns from these witnesses, none of whom seemed to want to go back to working for any of their previous employers,” he says.

The nearest comparison in the mainstream corporate world in terms of holding staff close is probably Toyota, the world’s largest car maker. Its management, developed by its founder, puts workers into teams and gives them responsibilities for monitoring standards, incorporating new ideas and developing new products.

“Employee ownership is clearly liberating for many workers,” says Stern. “But with that freedom to operate comes responsibility, accountability and a genuine sense of ownership – the benefits which accrue from that, but also the seriousness that goes with it. Taking ownership means thinking harder about how you work and how you make money.”

A survey of managers at the same businesses, released this week, showed they need to make an even bigger leap, shedding any bombast and egotistical tendencies on their way to the boardroom.

As Mike Thompson, founder and chairman of Childbase Partnership, says: “You have to understand, as a leader of an employee-owned business, that you have to be able to make it not about yourself. It has to be about the people.”

Under the heading “letting go”, Stern says it is counter-productive to be bossy.

Alison Reid, chief executive of Community Dental Services, says: “People know what they need to do on the ground, and we need to create this structure that enables them, that doesn’t fetter them, and so trying to free that up was a really important part of our approach.”

There is a recognition that some decisions take longer when the staff are more involved. For instance, setting aside the cash to open new outlets is a move that will need more than a quick board meeting. But hundreds of decisions are taken every day by middle managers in conventional businesses without much concern that anyone wants to waste money or embark on crazy escapades.

“The issue with autocratic leadership is if everyone goes through you, then you are the bottleneck,” according to Andrew Lane, managing director of Union Industries. “We like to think that we do the big checks but let people get on with it … I’ve only got so much time in the day to ask for something.”

This is important when growth is hurtling along. Gripple has 700 employees and a turnover of £90m. Half its staff are in the UK and half are overseas.

Ed Stubbs, its managing director, says Gripple has averaged growth of about 15% a year for more than 10 years after setting a 10%-a-year growth target, along with the aim that 25% of sales come from products less than five years old.

This kind of drive can appear intimidating to any worker who just wants a nine-to-five job and no responsibility beyond their immediate tasks. That can easily be dispelled when word gets around that profits can increase several-fold and bonuses can be taken tax-free up to £3,500 a year.

At Union Industries, Lane says: “[Colleagues] have bought cars that are way beyond what they could hope to do and go on holidays … Our company did that, our model provided them with those opportunities. It’s so uplifting.”

Manufacturers make up only a small proportion of employee-owned firms. Professional services firms account for 50% of the sector, and it’s easy to see why. Architects’ practices, engineering firms and accountants have a long history of partnership structures and it is not much of leap to becoming employee-owned.

Stern says that a sector with a £30bn turnover and hundreds of successful companies needs to be taken more seriously across the economy. If that happens, in the future there could be more employee-owned household names to stand alongside John Lewis and Waitrose.

‘If we lose someone, it’s often because they can’t cope with our flat structure’
Shaun Revill, Gripple

Shaun Revill says that a 99% staff retention rate means the number of new recruits at wire maker Gripple is limited, but those that do arrive tend to leave in the first year if they struggle to cope with the active involvement that comes with being an owner and a worker.

“If we lose someone it is usually in the first year and it often happens because they can’t cope with the flat structure and open environment,” he says. “It means that when we recruit we focus as much on how the person will fit in as on their skill set.”

Revill manages an in-house marketing and video department that most firms would outsource.

He studied media production at the University of Lincoln and went straight into a job making videos for the steel maker Corus. He joined £90m-turnover Gripple Automation in Sheffield to do much the same, but persuaded his bosses to widen the department’s remit as the firm expanded abroad. “There is a huge level of trust that what I asked for has been worked through as an idea. And when it doesn’t work, that we will do something about it. It’s in all our interests that we constantly review what we do.”

Two of the eight people in his department sit on a board of the Glide group, which oversees Gripple and five other businesses, all employee-owned since the founder handed over the business to his staff in 2011. “They see all the financial details of the groups and discuss strategic objectives. It is great for their development and careers to be so involved,” he says.

You care about what happens. But that doesn’t mean you can’t switch off’
Angela Brown, Childbase

Trade unions are considered irrelevant in employee-owned businesses, but Angela Brown comes closest to the role of shop steward.

As chair of the partnership council at the nursery business Childbase, she speaks regularly to the 44 workers that represent staff on each nursery site.

Childbase’s founder, Mike Thompson, began shifting the firm’s ownership to its employees in 2000 with a succession of share issues. In 2017, the workers agreed to move to a fully owned trust structure with everyone owning the same stake.

One reason, says Brown, followed concerns that lower-paid staff could ill afford to buy shares each year, even under tax-free schemes.

The reps meet every three months, “but everyone knows they can ring me when they have a question,” she says.

“We have been asked about pay levels and gone back to reassess them, and after that things have changed. But that is a benefit to the organisation.

“If your team isn’t happy, that is going to be a problem for the manager, so talking it through is important.”

Brown, a former deputy nursery manager, joined eight years ago, thinking she would stay just a year or so. But the business, she says, encourages leadership through devolved decision-making and offering education and skills training.

“When you are engaged you care about what happens, but that doesn’t mean someone can’t switch off when they go home. I do.” 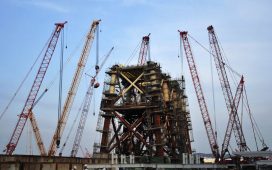 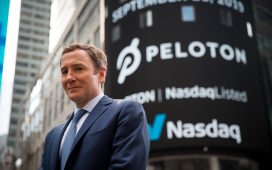 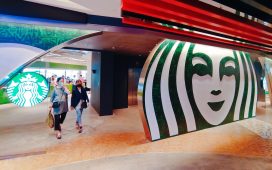 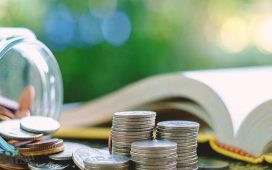