Shares of Abiomed (NASDAQ: ABMD) were sinking 13.8% lower as of 11:15 a.m. EST on Monday. The big decline came after the medical device maker announced preliminary third-quarter revenue of $222 million before the market opened. The consensus Wall Street estimate was for Abiomed to report Q3 revenue of $226.7 million.

One quarter that disappoints analysts isn’t the worst thing in the world. However, investors appear to be worried about the reason why Abiomed’s revenue was lower than expected. The company said that it “was negatively impacted by two presentations at a conference on November 17, which the company believes are based on misleading analyses.” 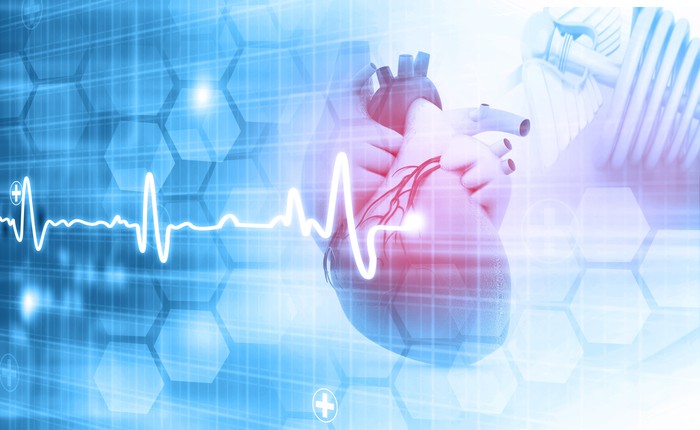 Those presentations occurred at the American Heart Association (AHA) annual meeting in November. During this meeting, two teams presented data that questioned both the safety and the effectiveness of Abiomed’s Impella heart pumps. One presentation stated that Impella is “associated with an increased risk of death, bleeding, and stroke among patients undergoing angioplasty to reopen clogged arteries.” Abiomed’s share price sank as investors fretted about the potential fallout from the concerns.

Now, there are more worries since the presentations do appear to have taken a toll on sales of Impella. Adding to those worries is that Abiomed updated its fiscal year 2020 revenue guidance to between $846 million and $877 million, down from the previous range of $885 million to $925 million and well below the consensus analysts’ revenue estimate of $885.8 million.

Healthcare stocks can be extremely volatile when there are concerns about the safety or effectiveness of a company’s products. The main thing for investors to watch is how the company responds to the situation. In Abiomed’s case, the company is taking several positive steps.

Abiomed’s medical team reviewed the presentations that alleged safety and efficacy problems with Impella. The company thinks those presentations “are misleading based on older, non-FDA audited, observational data on less than 4% of our patients treated over a 10-year period.” Abiomed has launched a major effort to refute the presentations, including selecting physicians who are experts in circulatory support to train other physicians, conducting “a multi-city road show” to support Impella, and working with industry organizations and hospital systems to communicate the results from previous studies of Impella.

CEO Michael Minogue said, “The long-term outlook for Abiomed remains intact and we are working with physician experts to clarify and educate the community on Impella best practice protocols and clinical outcomes.” Investors who believe these efforts will be successful should view today’s pullback as a buying opportunity.

10 stocks we like better than Abiomed
When investing geniuses David and Tom Gardner have a stock tip, it can pay to listen. After all, the newsletter they have run for over a decade, Motley Fool Stock Advisor, has tripled the market.*

David and Tom just revealed what they believe are the ten best stocks for investors to buy right now… and Abiomed wasn’t one of them! That’s right — they think these 10 stocks are even better buys.

Qure.ai raises $16 million for AI that spots abnormalities in chest and head scans