Why Apple should sell the iPhone without a charger – Telegraph.co.uk


This is understandable. Apple makes a huge margin on accessories, and selling more of them is a key part of its strategy in a world where iPhone sales have saturated. Its pursuit of a single type of port on its laptops means the company has done a roaring trade in the dongles needed for its Macs to read SD cards or connect to external displays.

But it is also true that a lot of people have no need another adapter and set of headphones they will never use.

When the company controversially ditched the standard headphone port in 2016, it instead starting bundling a set of earphones that plug into the phone’s Lightning power socket. Since these were incompatible with laptops, aeroplane entertainment systems and games consoles, many people kept using their old headphones with an adapter, or invested in Bluetooth headphones, meaning Apple’s headphones went unused in their box.

The same is now true of chargers: those who upgrade phones often already have a cord from their old device, meaning the new one sits unused in its packaging. Wireless charging, now part of every iPhone, has not gained mass adoption, but for those who do have a charging pad, the bundled cable is similarly redundant. This amounts to millions of phones being sold a year with unneeded peripherals. This is not a good look for a company that has committed itself to sustainability.

While analysts believe Apple will continue to sell a charging cable even as it ditches the adapter, there is an argument that it should remove this too: a proliferation of cables, purchased at airport shops and on the road means that many people have a surplus of these, too.

Selling a device without a charger would not be a first. When Nintendo released a new version of its portable 3DS console in 2015, it came without an adapter, since the Japanese company assumed many buyers would already have a charger left over from a previous version. Apopleptic parents in video games shops begged to differ, and the trend did not catch on.

Separately, it could be pointed out that Apple has resisted ongoing attempts from the EU to enforce a common charger port. Unlike most high-end smartphones which use the USB-C format, Apple has stuck to its proprietary Lightning cable, and opposed efforts to make USB-C the standard. Around a decade ago, it bypassed a similar, voluntary, EU effort to enforce the earlier micro-USB format as standard (which came with one of the grossest publicly-funded ad campaigns in history).

The EU’s new common charger plans are well-intentioned but misguided: forcing Apple to adopt a common format would quickly render the millions of existing iPhone cables already in use redundant, and prevent phone makers from introducing better types of charger should they be invented. Asking companies to stop contributing to e-waste by bundling cables that people won’t use might be more effective.

Apple knows it would risk the ire of consumers, and weaken its carefully-honed environmental credentials, if it stops selling chargers and headphones without anything in return.

The right thing to do would be to cut the cost of a buying an iPhone accordingly: the combined retail price of an iPhone power adapter and earphones is £48. Selling the phones without them for a similar discount, and offering them as optional extras, would be a win-win. If it simply removes them, its sceptics would be proved right. 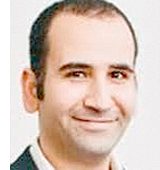