Ant calls itself a tech company, but it makes almost 90 per cent of its revenue from a wide range of financial products which roll traditional banking and smooth user interfaces into services that the majority of Chinese people depend on. One of its most widely used services works by bundling small loans together and selling them to banks. Ant reaped huge profits, but bore none of the risk. This month, Beijing made clear that it plans to break up Ant’s Alipay app, separating its credit card-like services from its loans services.

Ant’s consideration of profit above all was characteristic of other companies, too. The latest draft regulations set out to end longstanding practices like hijacking user traffic, forcing merchants into exclusive deals, and spreading rumours about competitors. “The writing was on the wall,” says Wong.

The markets are spooked. Over the past few months, billions of dollars have been wiped off the market value of China’s tech giants. Firms fell over themselves to align with policy directions. In April, e-commerce firm Alibaba was fined £2 billion for abusing its market dominance (though on its last Singles Day, the world’s largest online shopping event, the company reported £53 billion in sales). Live streaming and gaming giant ByteDance – TikTok’s parent company – paused its plans to list offshore. Wang Xing, CEO of food delivery firm Meituan-Dianping, recently posted on WeChat arguing, somewhat tenuously, that his firm’s name “Meituan” roughly translated to “common prosperity” (a policy goal of the Chinese Communist Party). Amongst tech CEOs there suddenly seemed to be a competition to quote policy slogans in press releases. In the last few weeks, firms opened their wallets to donate billions of profits to social causes.

China’s aims are not substantially different from those calling for more antitrust action in the US and Europe. China’s largest tech platforms have used their power to quash small businesses: Didi, for instance, tempted customers with discounts, and drivers with higher rates, and once it gained dominant market share, it price-discriminated against customers – if you had an iPhone then you got fewer discounts than if you had an Android. It also made rates worse for drivers.

Instead of helping solve issues of social stability and inequality, Chinese tech companies contributed to them. Their practices made a mockery of the government’s slogan of “common prosperity”. Perhaps the question is not why they’ve come under attention now, but why not earlier?

Now, following a long regulatory lag, there is a flurry. What makes China different, argues Zhang, “is not why it regulates, but, rather, how it regulates”. In addition to the antitrust regulator, the cybersecurity regulator is also involved: as a result, it’s likely that data practices will come under more attention.

Some commentators have framed China’s moves against its own big tech darlings as a pure power grab or a clash of the public and private sector. But the government hasn’t turned against all private tech companies. Beijing is putting a lot of effort into drawing up policies that support chip development, for one – perhaps unsurprising as supply chain issues send shockwaves around the world. What China wants is for tech giants to stay aligned with its priorities, rather than endangering them.

So far, there is little sign that either Alibaba or Tencent will have to sell off some of their companies and downsize. “I really don’t think the government is looking to break up these internet giants,” says Wong. She points to the 14th five-year plan that spans 2021-2025, stating that the government sees the digital economy as an area of growth. “Internet companies and the data economy will only grow bigger,” she says. 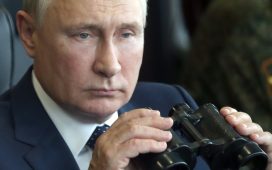