Why have electric cars failed to spark with consumers? – The Independent


Next year will see a something of a step change in the electric car’s journey to becoming mainstream transport. In the first half of next year major mass-market brands will be unveiling consumer friendly new products on an unprecedented scale. There’s a new battery-powered Mini promised for the spring, plus a Vauxhall e-Corsa, an electric Peugeot 2008, a trio of city cars form VW group (Seat Mii, Skoda Citgo and VW e-Up!), and an electric Volvo XC40, to name a few.

They will be joining the likes of the bestselling Nissan Leaf, Kia e-Niro, Hyundai Kona electric, Hyundai Ioniq, Renault Zoe, MG ZS, BMW i3, Smart electric and others to widen the range available to the progressive drover, and to inject some excitement into he electric car movement. For the wealthier buyer, there is also the Tesla range, the Jaguar iPace, Mercdes-Benz EQC and BMW i8 sports car. While sales of pure electric cars (that is not hybrids or plug-in hybrids that also have petrol or diesel engine) are growing rapidly, they still only account for about 1 to 2 per cent of new cars sales.

Now the magazine What Car? suggests that the true, realistic market for all-electric cars could be as much as 20 per cent. According to them, a fully electric car is the best choice for one-in-five new car buyers. More than 8,400 motorists took part in the survey, with a “fuel calculator” assessing the most suitable means of propulsion for their needs – petrol, diesel, hybrids or pure electric.

Hybrid and plug-in vehicles were recommended for 63.8 per cent of drivers, while diesel and petrol was judged ideal for just 12.5 per cent and 4.8 per cent of motorists respectively – far from what is commonly assumed. Electric cars were best for 19.2 per cent of new car buyers.

Sales of fully electric vehicles are failing to reach their potential. Though rising sharply on last year, in October they still only amounted 2.2 per cent of sales, albeit against 0.8 per cent in the same month last year. Lack of awareness and range anxiety remain strong disincentives, as do stories about poor charging infrastructure, and the fact that electric vehicles are usually more expensive than a directly comparable equivalent with an internal combustion engine.

What Car?’s research found that electric vehicles are suitable for some drivers covering more than 15,000 miles a year, and even those who live rurally – if charging from home, say overnight, is a possibility, as it usually is. Many potential owners remain concerned about range, while others fail to take into account the savings from running an electric vehicle when searching for a new car.

Yet perceptions are shifting, thanks to advances in design and battery performance. The best electric cars can now cover more than 200 miles on a single charge – including the current What Car? Car of the Year, the Kia e-Niro, which comes with a real-world range of around 250 to 280 miles in normal conditions. Only a few years ago a 100-miles range was regarded as state-of-the-art.

The magazine’s editor Steve Huntingford comments: “There are more than 20 different fully electric vehicles available, with many giving their petrol and diesel counterparts a serious run for their money. Yet electric ownership is lagging behind its potential. Our tool shows nearly a fifth of drivers could make a seamless switch to electric ownership right now.

“Our previous research highlighted a ‘knowledge gap’ among new car buyers, with car manufacturers identified as not providing enough information on the benefits of owning an EV. Since our research, many manufacturers have updated the information on their websites, but more could still be done. The more people learn about the benefits of running and owning an electric car, the faster the technology can reach its full potential.”

To try the What Fuel? tool, visit: whatcar.com/what-fuel-tool 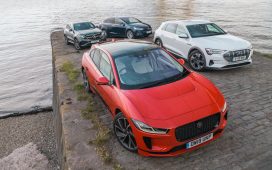 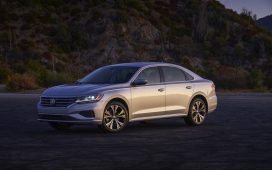 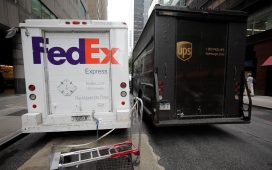 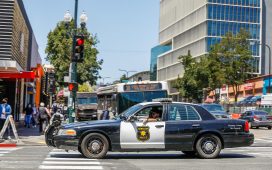