In part one, I discussed how technological breakthroughs can be exciting, but technology itself isn’t the catalyst to massive change.

In part two, I shared how clean technology started to invade my life, but ended with an important question — with solar companies going out of business regularly, and our Nissan Leaf depreciating by over 80% between when it was first sold and when we bought it three years later, what did that mean for the future?

One of Tesla’s not-so-legendary short sellers recently noted that if Tesla could sell all its cars for a dollar, it would have unlimited demand, but it would go out of business. Unlike a lot of short seller arguments, this is absolutely correct.

For both my solar array and the Nissan Leaf, I knew if the companies stopped making them, I’d be fine with the products I had.

The problem was we had a second car that needed to be replaced, and the amount of money we had saved on gas with the Leaf was intoxicating, as was the lack of regular maintenance and time it saved me from journeying to gas stations. I wanted a long-range electric car.

I placed a deposit on a Model 3, but I was concerned if Tesla would exist in a few years to update my car, fill the warranty, and perhaps most importantly — operate the Supercharger network in the way I expected. Without it, I wasn’t sure I could justify the purchase. Maybe I should wait until an established automaker created one?

I dug into Tesla’s financials and found a ton of red ink. In fact, when I first started looking in the middle of 2017, Tesla had been profitable just once in its 35 quarters of existence. Considering a Model 3 was going to be more expensive than the purchase price for every other car my family owned put together, the last thing I wanted was to invest in a car with a brand I really didn’t trust, and to watch them go out of business and the car be either serviceable or significantly reduced in ability due to that bankruptcy.

I found myself digging through Tesla’s information trying to find something to talk myself out of the purchase.

My life has been nothing if not interesting, and due to another strange set of life circumstances, for more than three years I had been in a critical financial role for a company valued at more than $4 billion. I had direct financial oversight of multiple divisions which recorded millions of dollars of revenues and expenses. I was personally involved with helping to track, prepare, and communicate those numbers to the leaders of the company. On more than one occasion, statements I made in those meetings found their way into our financial statements or were quoted on the quarterly earnings calls.

I was often reminded that my position meant I could not legally trade shares of our company without breaking insider trading rules. The company I worked for had absolutely nothing to do with Tesla or clean technology in any way, but my experience is still part of the reason that I feel more comfortable writing behind a pseudonym.

I feel this past experience gives me insight into reading public company communication, and it’s how I approached looking at Tesla. I knew Tesla would do its best to present a positive story in its documents, so I sought out articles questioning the Tesla business plan, specifically looking for which issues I felt were the biggest risks.

I had become a regular reader of CleanTechnica over the previous couple of years. One day, there was a post that stated if you wanted to write some articles, there was an affiliate website based on EVs that was looking for some new content. I thought maybe some others would want to see some of the research I had done, so I offered to write an article.

That article about the Tesla Semi ended up being shared on CleanTechnica, and actually features a lot of the same information in these articles. I had warned these sites that I may not always find positive information, and hoped if I found negative stuff they would still carry it. They were happy to, and I have been sporadically writing stories ever since.

The more that I dug into the Tesla story, the more I found a company expertly executing its stated plan. That plan had a lot of risk, but I found myself optimistic enough to start a very small position in my stock portfolio three months before that delivery, figuring the chance Tesla might greatly reward me outweighed the risk of purchasing the stock. A miserable experience at a GM dealer when I went to look at the Bolt only served to confirm I’d be keeping my Model 3 reservation, and I took delivery in September of 2018.

I’m a single data point. But my data point highlights that without being able to understand what Tesla was doing and believing it could work, I wouldn’t have felt confident in investing or holding my Model 3 reservation.

This is where the financials of clean technology companies like Tesla are critical to the battle against climate change. If Tesla loses millions every quarter, not just would I have not got one, but it is extremely easy for other companies to point at the lack of success as the reason they can’t move forward with their own plans. Other manufacturers will talk a good game, while doing as little as possible to move forward on projects they don’t really want to do anyway.

If the business plan works, others will try to copy it.

Today, Tesla has become the dominant auto manufacturer based on it market cap, and the rest of the industry is scrambling to catch up. Tesla’s money-losing streak, combined with many notable short sellers regularly trashing the company, gave false security to legacy automakers that lulled them into a slumber. It’s going to be difficult for any legacy automaker to make the transition now.

Financial success doesn’t just drive demand, but it also emboldens those in charge. Five years ago, Tesla was losing money and had only really expensive products. Nissan was selling the short-range Leaf, and supposedly losing thousands on it too. As a government official, could you justify proposing an internal combustion ban in 2030?

The products weren’t there. The companies couldn’t make money. And your opponent would question how regular consumers could afford $100,000 cars, or could operate on cars that could only go about 50 miles on the freeway with a charge.

It would be political suicide, and you’d be voted out by opponents dedicated to rolling back standards I’m sure they would call an overreach. How to solve this?

Suddenly, Tesla’s market cap makes it the most valuable automaker. Demand continues to outpace the industry by huge margins. And, Tesla is making money.

These sort of changes mean that government officials open to changing technologies have the cover to force change. If legacy auto claims there isn’t money in electric cars, those officials can point to Tesla making money on their sales.

It’s already happening — Europe has passed stringent emission rules that are causing automakers to pay millions or billions in fines to sell their old cars, while pushing those manufacturers to build new cars. Many of those manufacturers are complaining they can’t meet these onerous requirements. But, with Tesla making millions or billions, it’s unlikely the government will loosen the restrictions.

In fact, Tesla’s success makes leaders question if they should have been doing things sooner. Tesla is being credited for pushing Germany into recession. Angela Merkel and her Chief of Staff Peter Altmaier noticed almost three years ago, slamming their auto industry for their lack of action. When faced with the possible loss of hundreds of thousands of jobs due to inaction, passing laws to force change suddenly seems to be the smarter choice for governments to make.

The key to the widespread, fast adaptation of clean technology absolutely needs to have a successful financial component to move the world forward toward a better future.

Tesla’s massive success shows that clean technology must have financial success to push the world forward. I believe Tesla’s success will be the single most defining shift in the 21st century, and is the tip of the spear in the battle against climate change.

To truly accelerate the world’s transition to sustainable energy, you need a product so good that it’s better than the established players. You need that product to be financially viable. You need investors to invest in that business. And you need to reward investors with increased value.

Hitting all these points will force other companies and government officials to ignore the reality of the change at their own peril. Some will change and shift their strategies. Others will go out of business and be replaced.

But, once financial viability is confirmed, the transition can really begin.

In the “Mega Factories: Supercars” video I referenced in part one, Elon lays out his goal for Tesla by stating, “10 years from now, Tesla will change the perception of what mainstream cars can be, and it will become clear that electric cars truly are the future.”

It’s a fascinating quote because it’s clear Elon knew no matter how good the Model S was, it wasn’t enough to change the market. Tesla’s financial viability and Tesla’s market cap is changing the perception of what mainstream cars can be, and it’s clear that electric cars are the future.

Only problem — Elon’s always off on his time estimates. Tesla is 4 years ahead of his estimate.

Congratulations to the entire Tesla team, and thank you for your continued dedication to changing the world. As a shareholder, car owner, and father of the future generation, I’m excited to see what the next 10 years hold.

I am a Tesla [NASDAQ:TSLA] shareholder who has purchased shares within the preceding 12 months. Research I do for articles, including this article, may compel me to increase or decrease stock positions. However, I will not do so within 48 hours after any article is published in which I discuss matters that I feel may materially affect stock price. I do not believe that my voice could or should influence stock price by itself, and I strongly caution anyone against using my work as your sole data point to choose to invest or divest in any company. My articles are my opinion, which was formulated using research based on publicly available data. However, my research or conclusions may be incorrect.

Frugal Moogal A businessman first, the Frugal Moogal looks at EVs from the perspective of a business. Having worked in multiple industries and in roles that managed significant money, he believes that the way to convince people that the EV revolution is here is by looking at the vehicles like a business would. 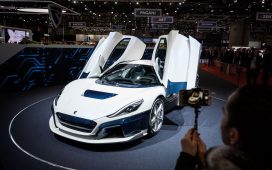 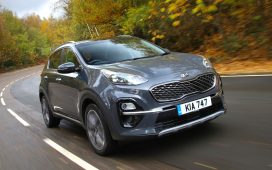 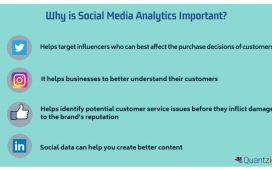