The human resources department can play a key role in helping define a company’s culture. Taking their cues from the top executives, they’re going to devise policies, disseminating ideas, creating and enforcing standards of conduct that, if effective, can set the tone in a workplace. But often, there’s a disconnect between the goals and policies, and the results that HR teams are hoping to achieve. If you think that’s a problem where you work, it may be time for some inspired rule breaking — which, as it happens, is a specialty of Motley Fool co-founder David Gardner. His company consistently earns “best workplace” accolades, so it’s fair to assume he and his team have figured a few things out on this front.

In this episode of his Rule Breaker Investing podcast, David invited Motley Fool people team all-stars Lee Burbage and Kara Chambers on to discuss 10 ways this company’s workplace culture breaks the rules — and yours should too. In this segment, they reflect on the perhaps obvious but oft-ignored point that in our modern mobile age, people want to be able to work when and where they work best. For employers, that means not just offering them flexibility to work remotely. It means a flexible office environment too. Here’s how that plays out at The Motley Fool.

To catch full episodes of all The Motley Fool’s free podcasts, check out our podcast center. A full transcript follows the video.

Kara Chambers: I really like this one. People work when and where they work best. For us, the technical geek in me loves this one — technology’s always changing. People are working from wherever and whenever at all hours. Culture is changing. So I work with our tech team to figure out what kind of tools work best. We’re big Slack fans. We’ve recently become big Xoom fans. We’ve put in Xoom, which is a video conferencing tool. Slack is instant messaging. There’s a cultural change. I know, slightly before my time here, it was a culture of being here 18 hours a day, sometimes sleeping in the office. That was how the culture of started. I don’t think those hours have toned down. I know that from working with all of you. It’s just more where you are. You could be in line at the DMV, you could be at your kids’ basketball game. You could be just sitting outside on your patio. I think for us, we want to help Fools work where and when they work best. The best phrase have heard about this is, you need to cave and a commons, a place to sit with others and talk and have meetings. That can be done virtually. Both ideas of each other. You also need your cave to go in and do whatever it is you do — coding, picking stocks, analyzing data.

Gardner: Certainly, Xoom, which we’ve recently implemented here at the Fool — and Xoom is going to be an IPO somewhere here in 2019, and perhaps Slack will as well. It seems like we’re finding all the companies before they IPO, and we’re using their stuff and we like their stuff, whatever we’ll end up thinking of their stock. But how do you view something like Xoom in terms of affecting our culture?

Chambers: We did a research project last summer about remote work. I got a lot of feedback in our surveys, and from people I coach, that it was a struggle for them to feel like they were an afterthought when they were calling into remote meetings. If they were, maybe, calling us from Germany — we also have an office in Colorado, so, what that experience was like for them. So, I started calling other companies and asking what they did, working with our tech team, having them look at — we had a hilarious meeting about conference room problems. We had every conference room problem in that meeting in a very Foolish way. The sound would cut out. Whatever technology I won’t name we were using before, everything broke during the meeting, and our tech people handled it so beautifully. It released the tension.

But, for us, we ask Fools what’s going on. That’s a constant piece of feedback we’re always going to get. “I would prefer the office have more quiet spaces. I want more meeting rooms. I want more this. I want an open space. I don’t want an open space.” I think just giving a few options for everybody and making it easier is a way we’ve done it. So that’s been Xoom. And Slack has a 24-hour culture, too.

One thing in Slack that has become true in the past year is, you can put your status on Slack, so, where you are. We’ve been toying a little bit with different default statuses. A set of headphones, like, “sorry, I’m in the zone, don’t talk to me.” There’s another one I really like called “low power mode.” Like, “You might be able to get in touch with me, but I’m not going to put that spreadsheet together for you by the end of the day.” Again, that person is mostly on a day off, but you can reach them. And then there’s fully unplugged, like vacation. It’s got a little palm tree next to it. So Slack statuses help us signal when we’re interrupting people and when we’re not. That’s been one of my favorite things.

Gardner: I’m curious, do you both think that if everybody had license to be wherever they wanted to be, would everybody be at home?

Chambers: I don’t think so.

Gardner: Because we want a commons.

Chambers: Yeah, we need a commons.

Gardner: The commons could be digital, right? In a sense, Slack is kind of a digital commons. But don’t we want a physical commons? I think we do.

Lee Burbage: Yeah, I think you find that there’s arguments on both sides of that. And because of that, you want a little bit of both. There’s pros and cons of working at home and doing your individual work. There’s pros and cons of being distracted, maybe, in the office and so forth. We work here to try to see if we can’t provide enough flexibility and autonomy for people to make their own choices on a daily basis, which is going to work for them. Some people will have that balance, maybe swing one way or the other. But we haven’t found too many people that want completely one direction or the other.

Gardner: Now, certainly, some jobs you need to be in a certain place.

Burbage: Yeah, although, I’ll say we’re finding that less than last. If you’re going to be our receptionist in the building, you probably need to be here. But I was meeting with a Fool earlier today, who I think a couple of years ago, I would have said they absolutely need to be here. And we were both laughing at, no… she’s transitioned fairly well. Kara bringing Xoom to the company is a big change and makes things happen much easier. So, hey, technology has helped to the world a lot. We’re in a better place as business people because of all the tools we have.

Gardner: Let’s go to No. 7, except that I do want to ask just one more thing about this. Some of our employees a few years ago, Kara, said, “Hey, love Alexandria! That said, a little expensive to live in the Greater Washington D.C. area.” And there’s this state, Colorado, which is a place where at least one of them needed to move for a spouse move. So we decided, “Yeah, I guess you can go to Colorado,” we said to a few of our employees. They opened up an office. And today, we call it Foolorado. The Ascent, which I know a lot of our listeners have checked out, but if you haven’t been to theascent.com and you’re looking for a better bank rate, or a better credit card these days, check out theascent.com. That’s all done by Foolorado. So we kind of let a movement happen where people said, “Hey, we want to live in a cheaper, maybe even arguably healthier place.”

Burbage: Yeah. I think we got a little bit lucky there. We just sort of went for it. I think what we’re learning over time is, the United States is a little bit more like Europe, maybe. Not every state is the same. Doing business in different states has different costs. I think we’re getting smarter about that. But I like that sort of flexibility, giving people other places that they could live. I think this is something you’ve said for a long time, at least the 20 years I’ve worked here David — assuming all the best talent is right here in Alexandria, Virginia, would be a mistake. Finding ways to access talent not just in other parts of United States, but all over the world, that’s just good for business. 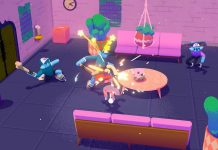 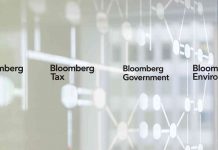 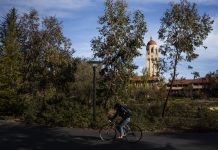 Some students are rethinking their careers after taking this unique M.B.A. course – MarketWatch 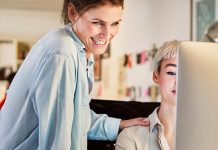 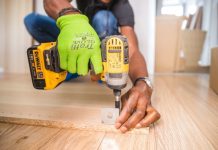 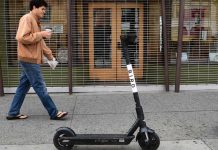 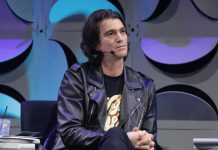