NEW DELHI: The Department for Promotion of Industry and Internal Trade (DPIIT) will very soon put a draft ecommerce policy in the public domain to seek views and comments, a top government official said on Saturday.

DPIIT Secretary Guruprasad Mohapatra said the ecommerce is a fast emerging sector and it is difficult to predict where it will go in the next couple of years.

The country do not have e-commerce policy and now the department is currently working on this, he added.

The government in February last year had already released a draft national e-commerce policy, proposing setting up a legal and technological framework for restrictions on cross-border data flow and also laid out conditions for businesses regarding collection or processing of sensitive data locally and storing it abroad.

Several foreign e-commerce firms have raised concerns over some points in the draft pertaining to data.

The secretary said that after releasing of the draft in February 2019, general elections happened and also lot of issues came up in the draft policy .

It is now recognised that the country should have a definite, clear, and coherent policy, which is keeping in tune with the requirement of the society and service providers, he noted.

He was speaking at Rajasthan STRIDE virtual conclave, which was organised by the Department of Science and Technology (DST), Government of Rajasthan. Mohapatra was replying to a question by DST Secretary Mugdha Sinha about the future of e-commerce as an industry and its role in the economy.

“So, the e-commerce policy firstly should lay down a very clear policy on what is data; what kind of data the e-commerce companies can use; how the citizens’ right of privacy can be protected; how the e-commerce data when it is being leveraged for other purposes, other commercial benefits accrue to the ecommerce data holder; how citizens like you and me can have access to those benefits.

“Secondly, there are lot of counterfeit and inferior products and violation of various safety standards. How can these be taken care of, how can consumer rights be protected. We have now finalised a (draft) e-commerce policy, very soon we will put in the public domain. That time we will request all of you to give comments on how to improve on the content of the draft e-commerce policy,” he added.

Mohapatra said the sector is going to stay, its progress can not be halted, but at the same time citizens’ rights should be protected and the laws of the land should prevail.

“So, that is how the e-commerce policy is being formulated,” he said. 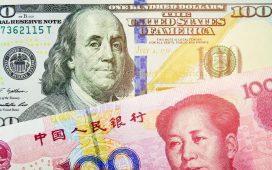 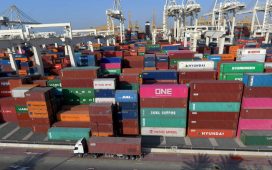