Will Regulation Kill the Crypto Market?

Are you one of the millions of investors who want to make a larger commitment to cryptocurrency but are hesitant about possible regulation? If so, there’s actually some good news. Recent developments in places like China, the U.S., Europe, and South America have shed light on what the future of altcoin laws and big government regulations might look like. Perhaps Tesla CEO Elon Musk summed up the current state of affairs when he pointed out in a recent interview that, in his opinion, no national government will be able to stop the long-term rise of crypto. But, he warned, they can slow down the growth of the world’s first alternative form of money.

Why? According to Musk and others, elected officials and bureaucrats don’t particularly like the idea of an independent currency. For authoritarian who hold political power, it’s essential to control national economies as much as possible. Thus, forms of money like bitcoin, ethereum, and others are a direct threat to the existing power base in nearly every nation. What are the basic dynamics of the current crypto marketplace? More importantly, for individual investors, what kinds of opportunities and risks does the altcoin market represent as we head toward 2022?

After a terrible summer, of 2021, for most of the big coins, the cryptocurrency market has come roaring back since the depths of mid-July. It’s also good to recall how the altcoin universe responded to last year’s COVID pandemic. After faltering early in the year, the entire crypto market ended 2021 with all-time highs. So, a few bad months, even in a volatile niche like altcoins, is not enough to spook large or small investors anymore.

Bitcoin, the benchmark crypto coin, began this year near the $33,000 mark and after several months of wild ups and downs, has settled back to $50,700, as of October. But the bigger story, aside from price action and inevitable ups and downs, is summed up in one word: regulation. Here’s a condensed look at how laws, rules, official guidelines, and outright national bans of alternative money are shaping up.

For individuals who like to engage in bitcoin trading, their freedom to do so is closely tied to where they live. For example, as of late September, the communist government of mainland China (not democratic China, aka Taiwan), banned its citizens from owning, mining, holding, or otherwise seeking to own cryptocurrency. In several South American nations, cryptos are viewed as a legal tender alternative to the official national currency. Across Europe, the U.S., most of Asia and much of Africa, it’s fully legal to own, buy, trade, and mine cryptocurrency.

However, there are major efforts occurring, especially in the U.S. and the UK, to regulate the new money in various ways. Low level regulatory approaches involve not much more than requiring citizens to report the amount of crypto they own and pay tax on any price gains. More stringent scenarios that could become law in several nations include limits on how much altcoin a person could own, bans on mining, and heavily regulated trading on exchanges.

What’s the upside for current cryptocurrency enthusiasts? There are many. First, several of the biggest coins are now widely accepted for retail trade. Additionally, now that consumer acceptance is kicking in, many institutional investors are beginning to take notice and add altcoins to their portfolios. For individual investors and traders, crypto’s general price levels continue to rise over the long-term, but volatility is still an ever-present threat. Some simply play the daily, weekly, and other short-term price fluctuations just as one might do with stocks or commodities. For others, crypto might be an attractive addition to retirement accounts and buy and hold portfolios.

There are three threats that every altcoin holder should be familiar with. The first is inherent volatility. Relative to stocks and other securities, cryptocurrency is still a new asset class, which means it’s still gaining acceptance among consumers, merchants, and institutions. The second is the threat of regulation, which is a very real problem for those who prefer to use altcoins as a long-term asset for retirement portfolios and wide-horizon investing. Finally, there’s been a minor consumer backlash among certain demographics based on the amount of electricity needed for mining particular coins.

It’s possible that Elon Musk is right, namely that regulation won’t be an effective deterrent to cryptocurrency in the long-run. The systems are too complex and already in place for anyone government, or group of nations, to kill off crypto. 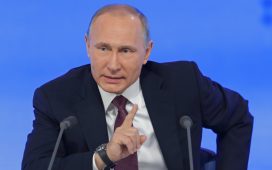 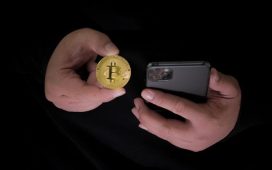 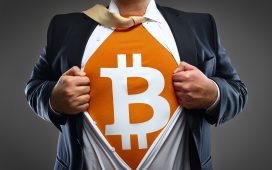