Mario Draghi gives his final performance as president of the European Central Bank on Thursday amid open divisions over the future path of monetary policy.

Last month’s stimulus package prompted a backlash from Mr Draghi’s hawkish colleagues on the ECB’s governing council, many of whom opposed a renewal of bond-buying by the central bank. German central bank governor Jens Weidmann — a longtime adversary of the Italian — was the latest, saying last week the ECB should stick to a “narrow” focus on inflation or risk losing its independence.

In the past, such opposition has had little impact on markets, or on ECB policy. But Mr Draghi’s imminent departure appears to have emboldened his critics, encouraging a pullback in eurozone bond prices.

“Given how divided the governing council is, markets doubt the ECB’s ability to give them anything more after the September package,” said Pooja Kumra, senior European rates strategist at TD Securities. Investors are not expecting any fresh easing measures on Thursday, but will be carefully parsing the language of Mr Draghi’s final press conference for signs that the dissent is under control before he hands over to Christine Lagarde.

Investors are looking for signs that the ECB is committed to its stimulus programme — and willing to scale it up if the economic outlook continues to worsen. “In light of the criticism from inside and outside the governing council, Mario Draghi might have looked at the economic data published since September’s meeting with grim satisfaction,” said Jack Allen-Reynolds of Capital Economics. “The ECB might state this week that the risks to growth have shifted even further to the downside.” Tommy Stubbington

What will Scandi central banks do in the face of trade tensions?

These are tough times for Scandi currencies. The Norwegian krone is languishing near all-time lows against the euro, despite three rate increases from the country’s central bank this year. Investors are also shunning the Swedish currency, with a survey from banking group SEB showing that financial institutions and corporates have built up a record amount of bearish bets on the krona.

Both central banks will decide on rates next week, with the Riksbank meeting on Wednesday and the Norges Bank a day later. Investors expect no change in policy from either country this month, although SEB warned that the Swedish central bank could raise its benchmark lending rate at the end of the year even as the domestic economy slowed.

The Norwegian economy is holding up well, but this may not save the krone from further weakening. As long as trade tensions between the US and China continue to dampen investor sentiment, both the Swedish and the Norwegian currencies are set for a rough ride. “All the trade-sensitive currencies are having a rotten 2019,” said Kit Juckes, a currency strategist at Société Générale.

The impact of the trade pressure is already evident in recent Swedish economic data that highlight that the small, open economy is struggling to cope with spillovers from the global slowdown.

“With inflation undershooting target, the Riksbank’s guidance on rate hikes around the turn of the year will be sternly questioned,” Petr Krpata, a currency strategist at ING said.

ING now expects the euro to trade at NKr10.15 by the end of the year. SEB sees the Swedish currency sticking at just below SKr11 to the common currency. Eva Szalay

Will the corporate earnings recession endure?

In coming weeks, equity investors will find out whether the largest US companies started to increase profits again in the third quarter after a period of shrinking earnings.

The reporting season kicked off earlier this month with analysts anticipating a third straight quarter of shrinking profits, on a per share basis, for US blue-chips. Third-quarter earnings are estimated to contract 4.1 per cent after dipping just below zero in the first and second quarters, according to FactSet data. If these estimates ring true, it would mark an extension of the “earnings recession” triggered after the first two quarters of the year delivered lower year-on-year figures.

John Lynch, chief investment strategist for LPL Financial, said US corporate earnings had “ground to a halt” but would pick up in the short term. “We remain optimistic that some progress on trade will be forthcoming and earnings growth could pick up over the coming quarters,” Mr Lynch said.

Despite lower earnings, US stocks have gained 19 per cent this year, bolstered by a dovish Federal Reserve. David Donabedian, chief investment officer of CIBC US Private Wealth Management, said it was a “strange time” for the US stock market with the economy slowing and the Fed lowering rates. “Earnings will be flat as a pancake this year and will be a bit better next year,” he said. Richard Henderson 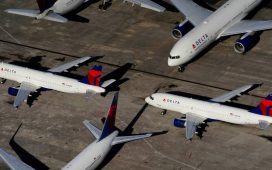 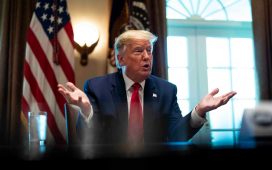 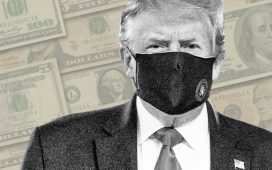 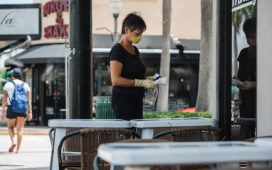