Will the smart neter deadline be pushed back even further? Rollout may not be complete until 2030


The rollout of smart meters has been plunged into chaos, with experts warning it may not be complete for another decade.

In an embarrassing climbdown, ministers admitted on Monday that suppliers will now have until 2024 to install the devices in customers’ homes.

But industry figures have told Money Mail that the new deadline is ‘still miles off’ and may take six years longer, until 2030. 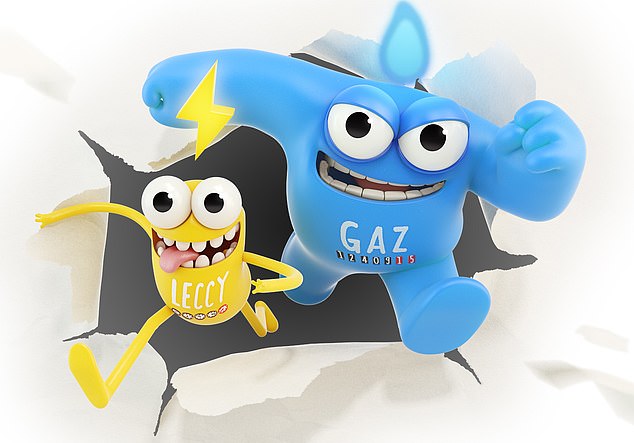 Ad guys: Smart Energy GB’s Gaz and Leccy. In an embarrassing climbdown, ministers admitted on Monday that suppliers will now have until 2024 to install the devices in customers’ homes

They say further delays could also see costs spiral out of control, while the devices may not even cut bills for customers.

Smart meters automatically send readings to suppliers and are supposed to encourage households to reduce their energy consumption — saving money and the environment.

But the scheme has been so shambolic that just over half of homes will have a smart meter by the original 2020 deadline, while the estimated cost has already soared by £2.5 billion to £13.5 billion.

Following pressure from campaigners and Money Mail, the Government has accepted the programme needs to be slowed.

However, Mark Todd, the co-founder of Energyhelpline, warns the rollout will go on ‘for another decade at least’. 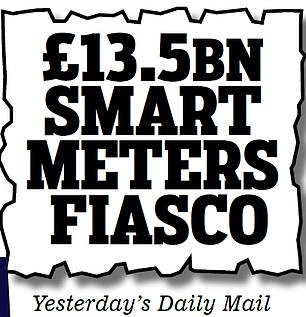 ‘So far, they’ve rolled out only about a fifth of the smart meters they need to,’ he says.

Lily Green, of energy expert Look After My Bills, agrees. ‘When you crunch the numbers, 2024 is ambitious,’ she says. ‘There are around 16.6 million smart meters installed so far and only around two million are the newer, updated version. We are still miles off the 53 million target.’

The Department for Business, Energy and Industrial Strategy (BEIS) has admitted customers will not make savings from smart meters until 2022 and will gain only £36 a year by 2034. It claims total savings will be £19.56 billion.

Yet Mr Todd says households do not need to install the devices to cut their bills.

‘The energy saving comes from the in-home display, not the smart meter,’ he says. ‘You can fit one yourself for £40. The meter just sends readings to the supplier. 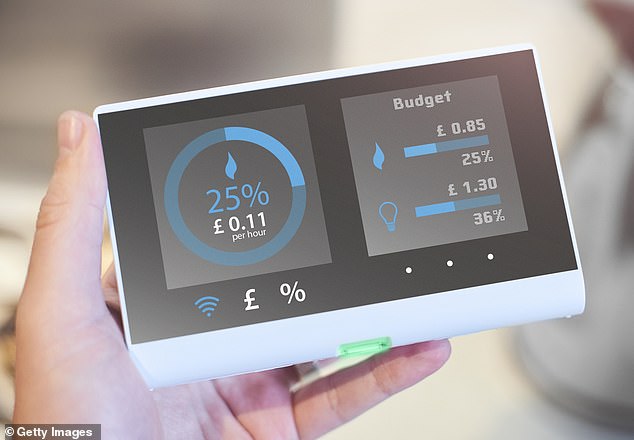 The Department for Business, Energy and Industrial Strategy has admitted customers will not make savings from smart meters until 2022 and will gain only £36 a year by 2034

SmartEnergyGB, the firm set up to promote the devices, disputes this.

Robert Cheesewright, the company’s director of corporate affairs, says: ‘The rollout is a complex national project that is helping to lay the foundations for a cleaner, greener Great Britain.

‘Unless we upgrade our energy system, our reliance on expensive, polluting fossil fuels will only continue to grow.

‘A smart energy system is needed to allow us to meet increasing demand in peak times with clean, renewable energy.

‘Smart meters bring an end to estimated bills, and enable prepayment customers to top up.’

Richard Neudegg, head of regulation at uSwitch, says that although smart meters will ultimately result in a more efficient system and savings for consumers, ‘households are being asked to pay indirectly for benefits that will not be felt for years to come’.

The vast majority of households have been fitted with older models, which customers say often stop working after they have switched suppliers.

Shadow business minister Rebecca Long-Bailey says: ‘The Government’s botched delivery of the smart meter rollout has meant that, one year from the original deadline, we’re left with nearly 40 million more smart meters needing to be installed.’

The Government insists it retains its target from the 2017 Tory manifesto that all households and businesses are offered a smart meter by the end of 2020.

‘The rollout is expected to provide a net benefit of £250 for every family and £1.5 billion in energy savings for small businesses.’