Will your money last as long as you?


Until recently, you either had a pension that was fixed for life and grew at least partly with inflation, or you used your own pension pot to buy an annuity – a pension for life – which also could increase each year with inflation. You can still buy an annuity when you cash in your pension, but few do as they seem very poor value – you would need around £250,000 to buy an index-linked pension equal to the new state pension of just over £8,500 a year. Nowadays, people either invest their pension or keep it in cash and take out money as and when they need it. At the start, you can take up to a quarter of your fund out as a tax-free lump sum. And many now choose to put the rest of it into what is called drawdown.

Your capital stays invested in a tax-free pension fund. You can take as much or as little from it as you like, but that money will be taxed as income when you take it out. Drawdown can be expensive. The firm that provides it will charge you an annual fee – usually a percentage of your fund – and you will be paying charges on your investments. As with any investment, you run the risk of the value going down rather than up. You also run the risk of living too long.

Can you inherit a private pension?

Most of us underestimate how long we will live. At 65, a man can expect to live to 86; it is 88 for women. Those are what statisticians call the ‘median’ – half of us will die before that age and half after it. About one in four of those aged 65 will reach 95. So while the average time to stretch your money is around 22 years, many will need to stretch it for some 30 years.

Enjoying this article? You can find more of the same in our Money hub, offering advice, tips and news on all things financial, or sign up for our Money newsletter to enjoy more articles like this delivered to your email inbox each week!

Eking it out by investing

Suppose you have £100,000 – a dream for many, but fairly modest for some. If you just pop it under the bed, then you can draw about £4,500 a year from it and it would neatly disappear when you do if you were to die at the median age. But if you are the one in four who lives to 95, then you would have between six to nine years with no money but the state pension. Taking out around £3,000 a year means it will last as long as you will.

This simple calculation misses out two key things. First, the money won’t be under your bed but will be invested or earning interest and will grow. Second, each year it will be worth less as inflation puts up prices. The Bank of England targets a rate of 2%. So let’s add that to what you take out each year. And then assume your money will grow by 4% a year minus charges of 1%. In this case, you could take out about £4,900 a year and if you lived to the median age your money would last as long as you. But to protect it until 95, you should be taking out about £1,000 less, say £3,800.

These are averages. You may live longer or not. Inflation may be more or less. The value of your fund will go up and down. How long your money lasts depends crucially on when those ups and downs occur. If you are lucky and start with some big ups, then you can cope with the downs later. But if retirement starts with years of poor returns there will be less money in your pot to benefit from the ups that follow – called ‘sequence risk’.

What should I do with a lump sum?

The advice for most will be to pick investments with the lowest charges – high charges act as negative compound interest and can snaffle a lot of your pension pot over 20 or 30 years. The lowest charges are found in tracker funds that just follow the market up and down.

Some people with a pot they manage themselves believe they can beat the market. But attempts to do this usually fail long-term. If you are ultra-cautious, you can put your money into cash. (That’s real cash, not a cash fund, which is expensive and usually charges are higher than interest earned.) You will never lose your capital but returns will be low.

The big plus of drawdown is that you are free to take more or less out each year. Needs in retirement do not remain constant. You may want to spend more in your seventies than you do in your eighties or nineties.

Keep doing the things you love with an additional tax-free income. Find out more.

Some advisers say the sustainable withdrawal rate from your pension fund is 4% a year of the initial value but rising with inflation. Then it will last around 30 years. Abraham Okusanya, of consultancy FinalytiQ, who has applied sophisticated maths to this complex subject, told me: ‘It is not a terrible place to start. But overlay a rule of thumb. Don’t increase the amount you take out with inflation in years when the value of your fund falls.’

Always use a regulated, well-qualified, independent financial adviser and never be tempted by promised returns above 5% a year – they probably won’t happen.

Never trust anyone who suggests you invest your pension money outside the UK or in alternative investments such as storage, car parks, property or ‘green’ projects. You may lose some or all of it. Many have.

Beyond the 4% Rule: The Science of Retirement Portfolios that Last a Lifetime by Abraham Okusanya – buy it now from Wordery 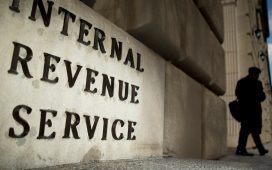 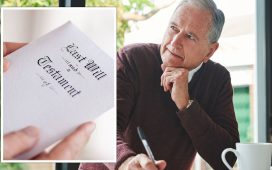 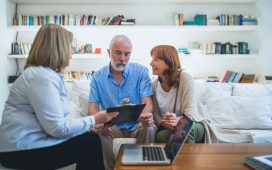