William Hill slumped to a statutory pre-tax loss of over £721million in the last year, against a profit of £146.5million the year before.

From April, the UK Government is cutting the maximum stake on fixed-odds betting terminals from £100 to a maximum of £2 a go.

As a result of this, William Hill today reiterated it could be forced to close 900 of its shops over the next two years. The group expects the rule change to dent its profits by as much as £100million a year.

With its operations in the UK potentially in jeopardy, the gambling giant is now pinning its hopes on further expansion online and in the US. 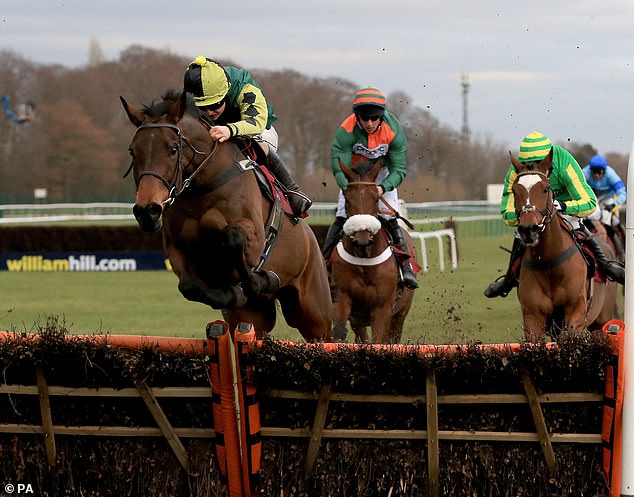 Loss: William Hill slumped to a statutory pre-tax loss of over £721million in the last year

In May last year, the US legalised sports betting at federal level, prompting a string of Britain’s biggest bookmakers to make a beeline to establish operations across the pond.

Chief executive Philip Bowcock said: ‘2018 was a busy and decisive year for us. Key regulatory decisions in the UK and US gave us much needed clarity to set a new five-year strategy and a goal to double profits by 2023.

‘We have three businesses at different stages, with online growing in the UK and diversifying internationally, retail being remodelled in response to the new £2 stake limit, and rapid expansion in the US sports betting market.’ 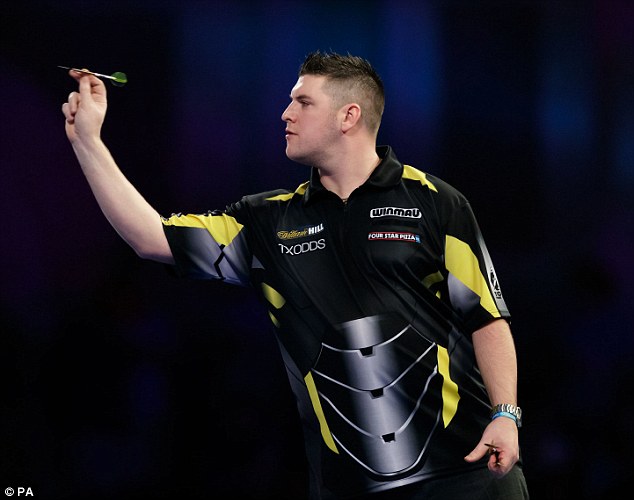 All change: From April, the UK Government is cutting the maximum stake on fixed-odds betting terminals from £100 to a maximum of £2 a go

The group is aiming to double its operating profit by 2023 and wants to transform itself into a ‘digitally led, internationally diverse gambling business.’

William Hill’s total revenues edged up by 2 per cent year-on-year to £1.62billion.

For 2018 the group reported adjusted operating profits, which strips out the cost of its US expansion programme, of £234million, in the middle of its expected range but 15 per cent lower than a year earlier.

The group also said it had spent around £11million in the year on strengthening its due diligence processes, following a £6.2million fine in February last year for failing to protect its customers and prevent money laundering.

The group’s online revenue rose by 6 per cent over the year and the recent acquisition of digital betting firm Mr Green is expected to give the firm’s digital arm a further boost.

William Hill trimmed its annual dividend pay out to 12p a share, against 13.2p a share a year earlier.

On the dividend front, the group added: ‘The Board has committed to underpin the dividend so that it does not fall below 8p per share until such time as earnings come back in line with the payout policy.’

Emma-Lou Montgomery, an associate director at Fidelity Personal Investing, said: ‘William Hill certainly wasn’t dealt a winning hand in 2018, with the introduction of the fixed odds stake limit in the UK and a threatened ban in the United States.

‘But the gambling group now knows what it’s up against and has clear plans to turn this into a winner and double operating profits by 2023.

‘The US looks to be key for the group, where it has a clear lead. While in the UK time will tell how the fixed odds betting cap affects business. But Q2 is expected to be tough and the future of some 900 shops will hang in the balance until the full extent of the impact is known.’

Why We Prefer Alibaba