There’s nothing scarier than thinking you owe taxes.

When I put the phone down on a caller who insisted I owed £2,350 to HM Revenue & Customs, I was in a state of panic.

I was walking to the office one morning, headphones in my ears, when I had a call from a London 020 number. A recorded message said the call was from HMRC, warning me there was a criminal court case filed against me and a warrant out for my arrest. Come again?

“Click one if you’d like to talk to a representative about your case,” the message said. I clicked one, filled with worry that my foreign status had somehow caused a problem.

Someone in what sounded like a busy office asked for my last name, then pulled my record and gave out my postcode — a flat I moved to less than two months ago. So far, I believed him.

The man told me that HMRC believed I had committed tax fraud. He said that, under section 150 of the UK tax code, I owed an outstanding balance of £2,350.

I explained that I don’t do my own taxes, but the man said the company filing my taxes could have made the mistake, for which I was now responsible. He claimed that HMRC had tried to call me and deliver a letter but couldn’t reach me.

I said that I had never got a call and the last letter I got from HMRC said everything was fine with my taxes. The man quickly answered they had made a miscalculation when they sent that initial letter, but now there was no doubt — I owed them £2,350, and I had to pay. Immediately.

You may have received a call like this yourself. I had no idea that HMRC scams were so common, but I have since found out that close to 200,000 calls like these have been reported in the past year alone, and presumably many more have gone unrecorded.

Scams impersonating the tax authorities have been going on since at least 2016 in the UK. Despite attempts by the authorities and HMRC to shut down the alleged thousands of scammers behind these attacks, I am only aware of one example of a recent conviction for a related website impersonation scam.

Scammers use a range of techniques, including phoning taxpayers and offering a bogus tax refund, or threatening them with arrest if they don’t immediately pay tax owed

For now, our best form of defence against these criminals is spreading the word. I wanted to write about what happened to me as the pressure tactics used by the professional-sounding man on the other end of the phone were so convincing, I came close to reaching for my bank card.

“Scammers use a range of techniques, including phoning taxpayers and offering a bogus tax refund, or threatening them with arrest if they don’t immediately pay tax owed,” HMRC told me, adding that fraud attempts are a “major concern”.

“These scams often target the elderly and vulnerable who are called and told that they owe tax, sometimes accompanied by threats of legal action.”

As my conversation with the fake HMRC representative progressed, I poked at the inconsistencies, but the man was so quick to answer every question, and so unfazed by them, that I was convinced it was true.

He didn’t seem bewildered when I explained I had only worked in this country since 2017 and he was claiming the tax bill stemmed from 2015. He had an answer for everything.

About eight minutes into my very stressful morning phone call, I asked what I could do to resolve the issue. Even if it was a mistake, I didn’t want to be arrested. The man explained that I had two options. The first was to take this up in court, hire a criminal lawyer and fight the charges. However, he explained, if the court ruled against me, I would risk having to pay £79,000 in penalty fees and spend five years in prison.

READ  Work until 75? Many people won’t even live that long | Frances Ryan

The second scenario was “out of court restitution” which involved agreeing to settle the bill there and then. To convince me this was the right thing to do, he used phrases like: “We believe that you’re acting in good faith, it’s important that you’re honest here, and that if you made a mistake, you recognise it. We want to give you an opportunity to make it right.”

He then asked which option I wanted to pick. I said I wasn’t going to do anything until I saw some document stating what I was being accused of.

The HMRC trickster told me if I hung up, I was going to get arrested and face five years in prison. He was so insistent on this point that I finally realised that it must be a scam. I hung up, made a beeline for the FT Money desk all flushed and disturbed, and told editor Claer Barrett what had happened. She smiled and said, “Oh, don’t worry, that’s a scam, everyone in the UK gets that call like this.”

What a relief. But also, what a racket! Phone scams like this one are far too common. That same week, Claer got a similar call herself. She told them she worked for the HMRC press office and they hung up straight away. Other FT readers say they know the calls are a hoax, but keep the scammers talking for as long as possible to stop them from fleecing others.

And it’s not just phone calls you need to worry about. According to 2019 data from HMRC, close to 900,000 people have reported receiving scam emails, texts or calls from people pretending to be from the tax service and urging them — one way or another — to pay money or give out their bank account details.

READ  Saving for your grandchildren: How many Premium Bonds can be bought as a gift for children

The most common hoax, reported by over 620,000 people in 2019, was an unexpected tax rebate people that are offered by phone, email or text. Victims are directed to fake websites with the HMRC logo and tricked into entering their bank details and personal information, which is then used to steal their money.

UK Finance, the banking trade association, said £56m was lost to impersonation scams in the first half of 2019 alone, where criminals posed as police, bank staff or other officials.

Want to make sure this never happens to you? Here are some tips from HMRC on how to tell if it’s a scam:

If this happens to you, you can email phishing@hmrc.gov.uk to report the scam. If you have suffered a financial loss, you can contact Action Fraud and use their online reporting tool.

Finally, you can help stop others falling for a scam by sharing this article, which is in front of the FT paywall, as well as sharing your own experiences in the comments below, or by emailing the FT Money team at money@ft.com. 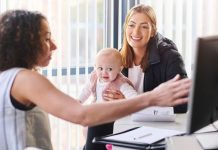 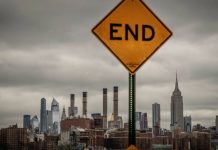 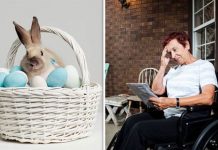 Sainsbury's won't deliver shopping if you're not considered vulnerable

If Woodford is fallen superstar, Hargreaves was his agent

This retirement plan feature can help you save on taxes — if you can...