The number of young people visiting US emergency rooms with psychiatric problems is rising, driven largely by a surge in teens and minority youth seeking urgent help for mental illnesses, a new study suggests.

Between 2011 and 2015, there was a 28 percent increase in psychiatric emergency department (ED) visits among young people ages 6 to 24, the study found.

Suicide-related visits climbed more than two-fold during the study period.

More than half of these young people were in the ED for at least three hours. Despite this, only about one in six saw a mental health care specialist. 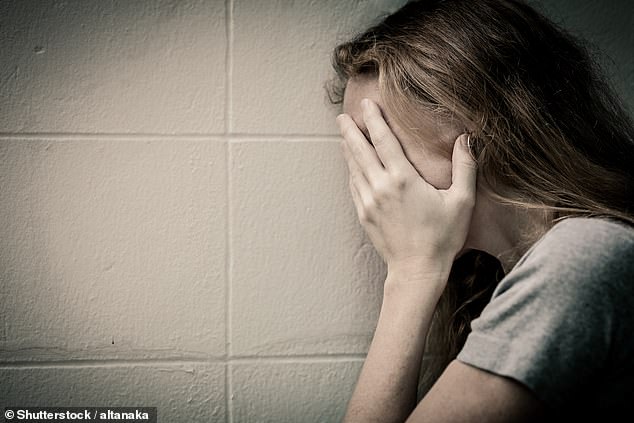 One in ten children, teens and young adults in the US have serious psychiatric disorders, but many of them never receive treatment, researchers note in Pediatrics

‘While I am glad the ED is a 24/7 resource, there is a lack of psychiatric expertise in this setting,’ said lead study author Luther Kalb, a researcher at the Kennedy Krieger Institute at Johns Hopkins University in Baltimore.

‘Using the ED as psychiatric crisis center needs to change,’ Kalb said by email. ‘We need to find new ways to get to people in times of need and where they are at, rather than rely on the ED.’

One in ten children, teens and young adults in the US have serious psychiatric disorders, but many of them never receive treatment, researchers note in Pediatrics.

As many as seven percent of all pediatric ED visits are related to mental health or substance abuse.

Often, the emergency room is the only option for youth in crisis who are experiencing acute problems like suicidal thoughts, aggression or psychosis, researchers note. It is also where young people go when they don’t have access to a regular mental health care provider for chronic psychological problems.

For the current study, researchers examined nationally representative data on ED visits in the US to estimate what proportion were related to mental health issues for young people.

Teens and young adults were more than four times more likely than children to have psychiatric ED visits, the study found.

The probability of psychiatric ED visits for young children didn’t change during the study period, even as it increased for teens and young adults.

The study wasn’t a controlled experiment designed to find explanations for why more young people are visiting EDs with psychiatric problems.

Even so, it adds to earlier research suggesting that mental health disorders including depression and anxiety are rising among children and young adults, said Dr Susan Duffy, a professor at the Alpert Medical School of Brown University and a pediatric emergency physician at Hasbro Children’s Hospital in Providence, Rhode Island.

Read More   My mum was an addict. I know the pain and suffering they can cause | Caroline Flint

‘The take home message for parents is to understand that mental health problems are common in otherwise healthy youth and in some children are the result of chronic stressors, particularly anxiety and depression,’ Duffy, co-author of an accompanying editorial, said.

As in other medical conditions, she added, ‘there are recognizable signs and symptoms, including change in behavior, isolation, lack of motivation, sadness, poor appetite and sleep, angry outbursts or agitated behavior that may be manifested in school failure and difficulty with relationships.’

‘Parents should be aware that suicidal thoughts are common in youth and often go unreported unless directly questioned and that a significant proportion of youth who successfully complete suicide have not received mental health care.’