Yum Brands on Thursday reported quarterly earnings and revenue that topped analyst predictions as same-store sales grew at all of its major brands.

Shares of Yum rose more than 2% in premarket trading.

Here’s how the company did for its second quarter ended June 30 compared with what analysts surveyed by Refinitiv were anticipating:

During its second quarter, the company reported a net income of $391 million, or $1.29 per share, compared with $206 million, or 67 cents per share, from a year earlier.

Excluding refranchising gains and other items, Yum earned $1.16 per share, beating the 96 cents per share expected by analysts surveyed by Refinitiv.

The company’s revenue grew 34% from last year to $1.6 billion, compared with the expected revenue of $1.48 billion.

The company’s worldwide same-store sales grew 23% in the quarter. 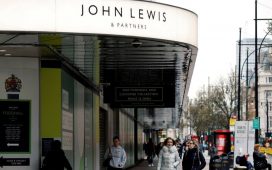